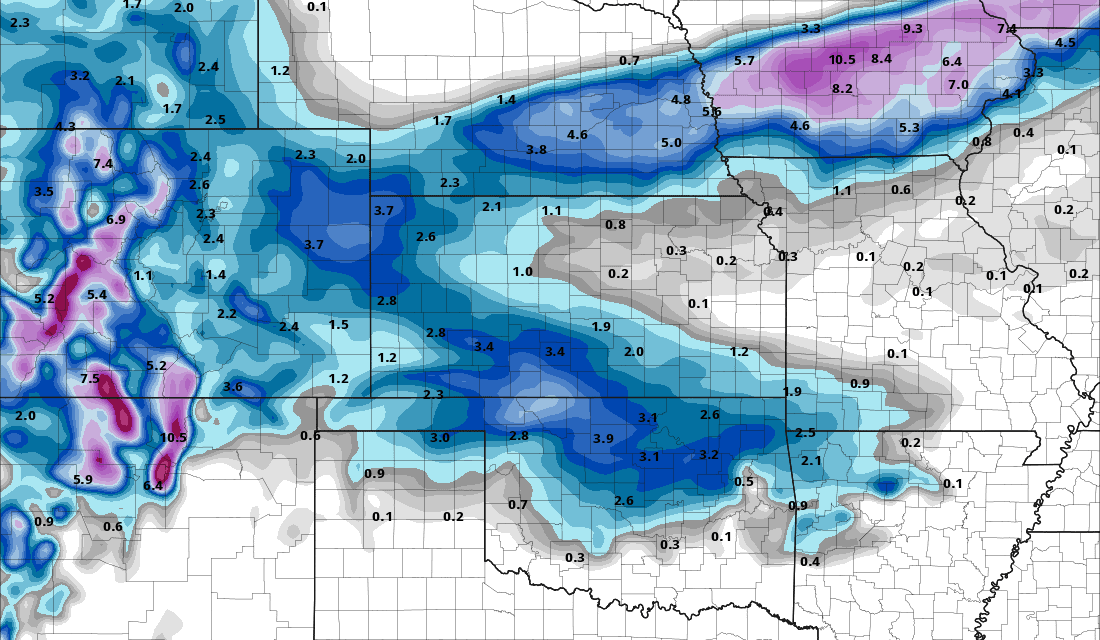 The rumors are true! More snow is returning to Oklahoma this weekend. More on that in a minute.

Up first a weak disturbance in the jet stream will sweep through overnight brining some light to moderate showers and a strong cold front. So while we see 60s and 70s for highs under sunny skies on our Thursday, Friday is much different with lots of 40s returning with windchills in the 30s, so bundle up!!! Timing is around midnight from west to ending and exiting the state late morning.

Then we focus on our next upper air disturbance. As is usual with snow events, all depends on the track of the upper low and how strong it is. Models are not settled on the exact track yet, but do have it close enough to give at least the N half of Oklahoma some snow. Amounts will depend on the strength, open wave vs a closed low and the associated lift. They don’t have a closed low, but they do have a lot of lift which can work in our favor for a few inches. I used the Canadian model below for output to give you an idea. Remember that a lot of this snow will melt due to warm ground temperatures, but there will be plenty around to measure. It looks like a 1-5″ spread in the output. We’ll get a better idea in tonight’s model data and certainly tomorrows. The snow will start in NW OK first Saturday night and transition eastward into Sunday morning across N/C/NE OK.

I’ll be doing Facebook lives, YouTube, and Twitter Periscope the next couple of days to discuss the storm. Be sure to watch to get the latest updates! -AT 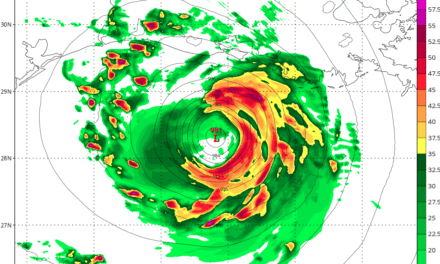 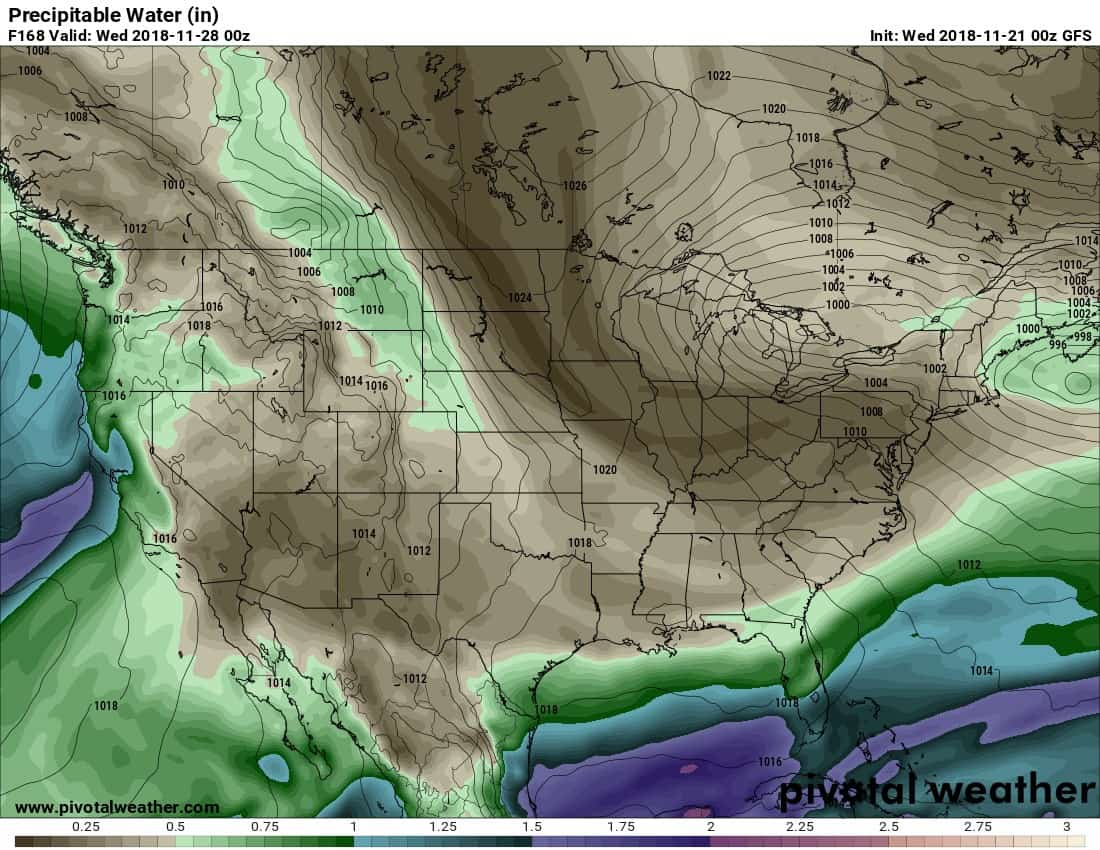 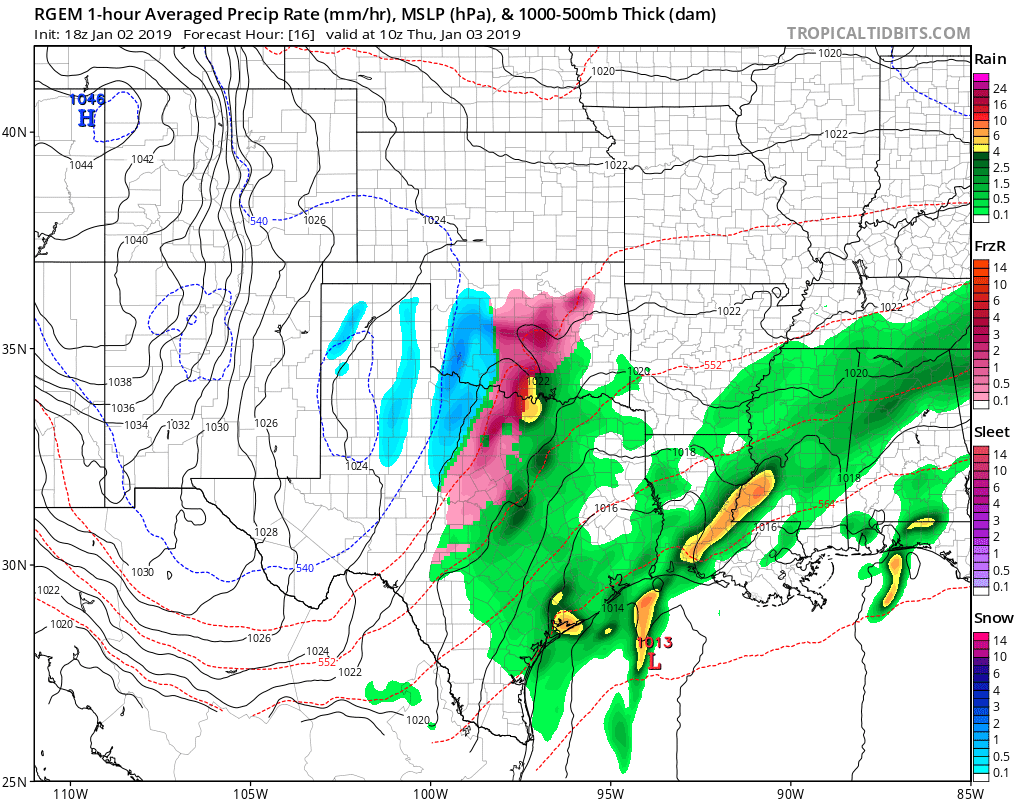 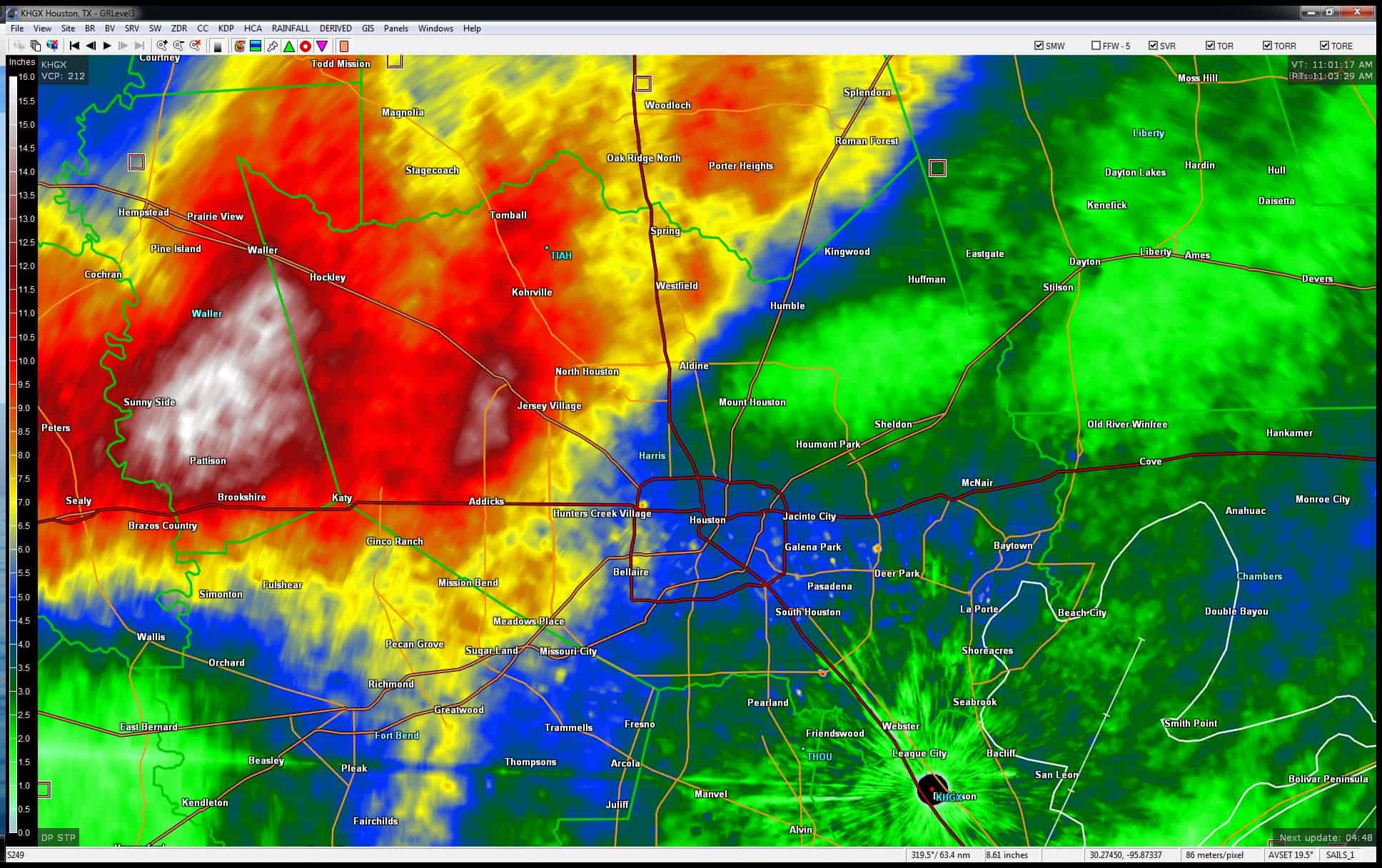 You and rainbows are made for each other. And I'm so jealous of you 💙💙💙

Totally here in Norman ! Cleaning up my garden a little before the much needed rain hopefully arrives 👍