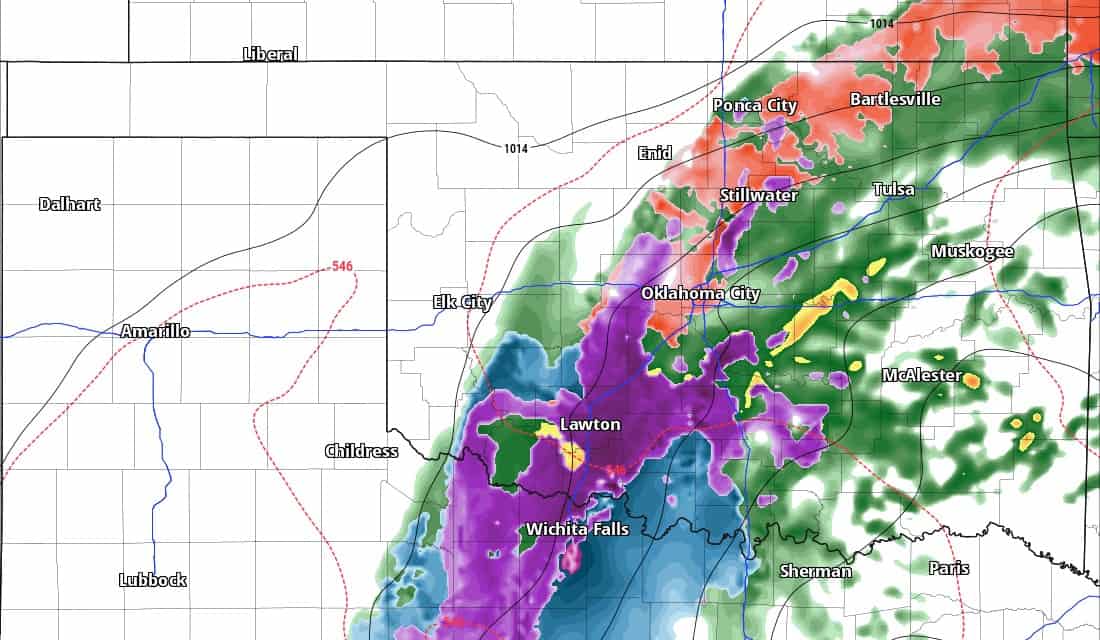 As usual, way too much information to cram into a blog, but watch the replay from tonight’s broadcast below for additional info.

Summary: Light rain moves across S OK Thursday afternoon and into C OK by 6pm. The early start will be mostly freezing rain, then sleet, and then snow transitioning to around midnight or so. The snow wraps up by lunchtime Friday across the state. I’ve sided with the Canadian model for the past few days and will continue to use that for the forecast. Their is still room for error here as the upper low is farther south into Mexico than planned and our dewpoint temperatures are colder than what the models thought they would be. Typically this translates to a greater ice threat.

Light rain moving in by 6pm.

Heavy ice and snow around midnight.

Amounts as always are tricky and since the storm isn’t being sampled well across the US, it’s going to be difficult to gage exact expectations. The two panels I show below however, should be close to reality. I would cut back on the ice accumulations a hair and leave the snow as is. There will be pockets of heavy snow, but the model won’t know those exact locations. The take home is the general track of the ice and the snow and the possible amounts. I do expect power outages and road conditions will deteriorate after midnight tomorrow. Bridges and overpasses will be the main trouble areas. Power outages will be likely as well due to high winds and ice loads on power lines.

Ice totals, but shave a bit off amounts.

I’ll broadcast live at lunch on Thursday and in the evening around 9pm. Join me then for the latest. The replay is below: -AT 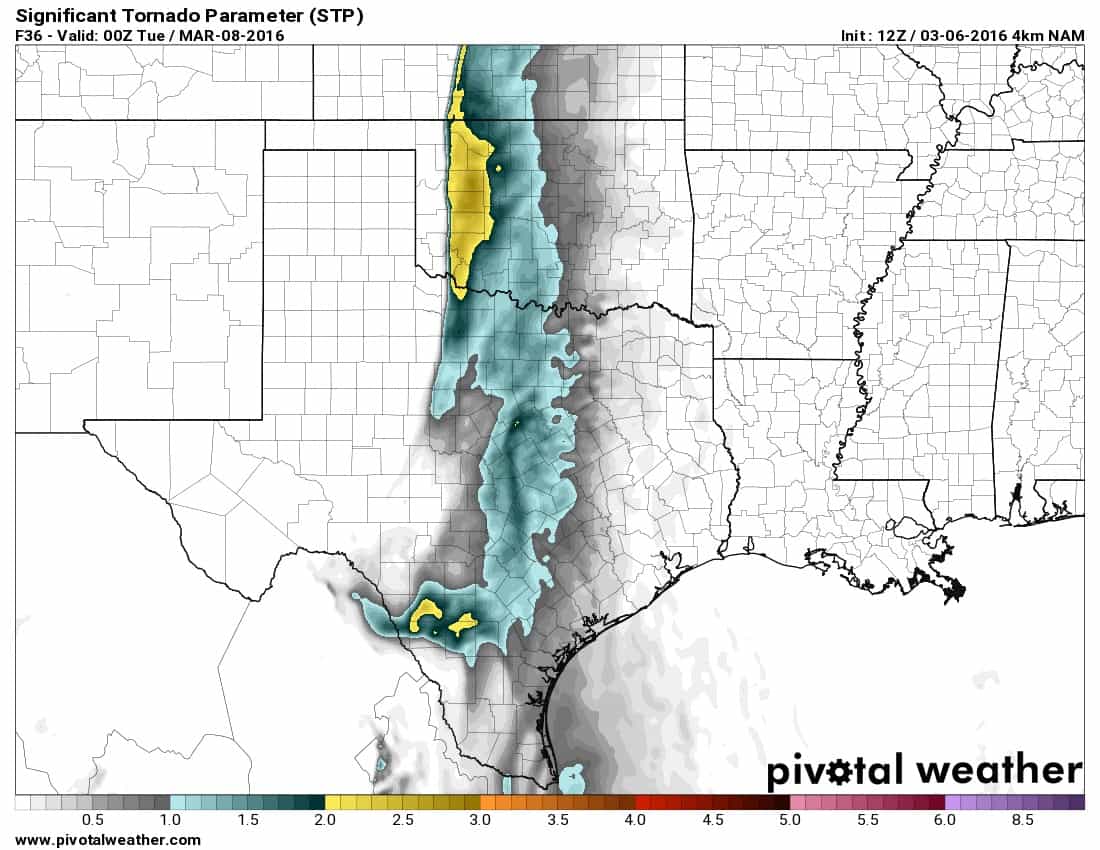 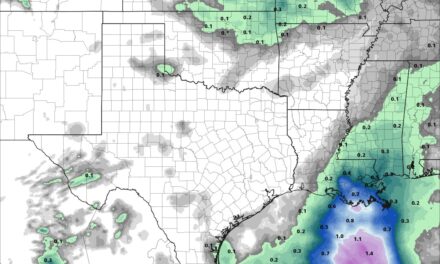 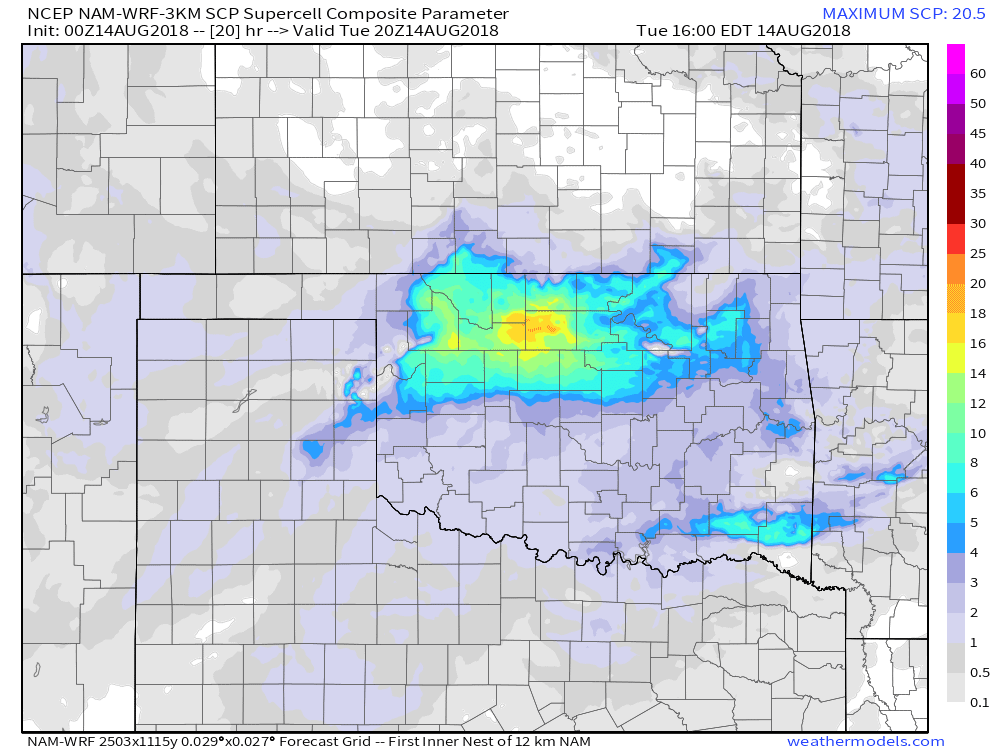