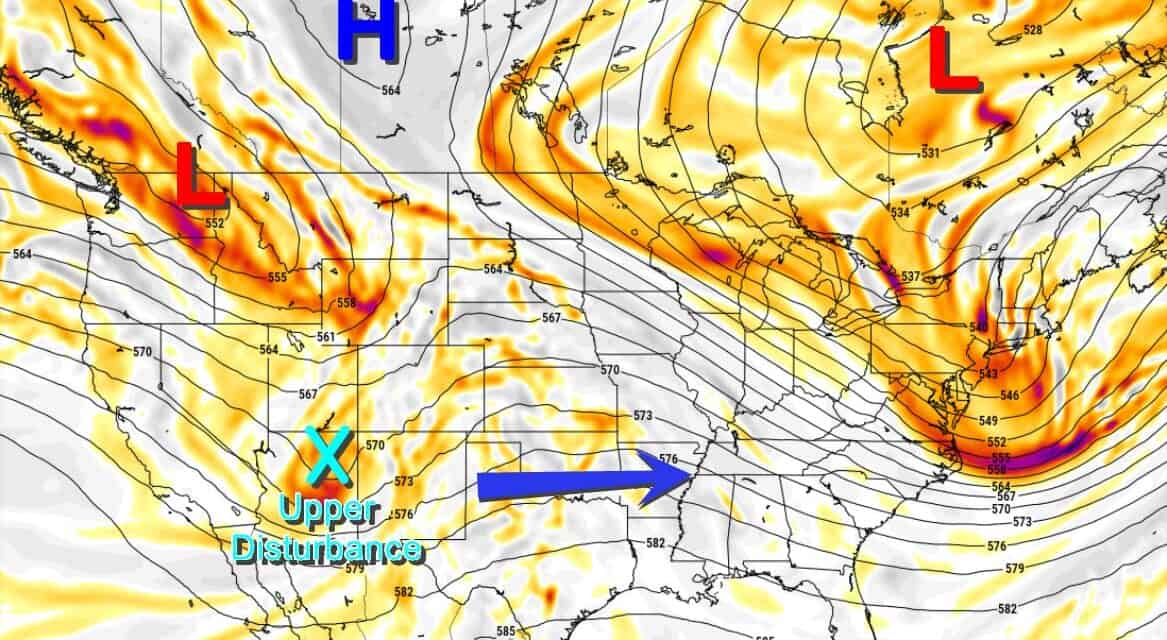 As you’ve become accustomed to, I typically do a blog on Sundays to highlight the week’s weather. I try to hit the high points, and let my weather app, ATsWeatherToGo, fill in the daily info you need such as temperature, wind, clouds, etc. I spend enough time on the forecast that it should be good with no changes. I wouldn’t be good at my job if I had to change it every day, so I work hard not to. That usually works out most of the year. There will be a few exceptions, and this week is one of them. It’s a pattern change and those are problematic to deal with during a 7 day stretch believe it or not.

For most of this Spring we’ve been in a primarily inactive pattern for a typical storm season. Sure, there was the occasional day where it stormed, but nothing like we’re used to. We’ve dealt with a lot of summer-time ridging aloft or strong northwest flows that keep driving cold fronts through and keeping the moisture confined in the Gulf of Mexico and S Texas. This week that changes. A zonal (west to east) pattern is fighting to establish itself. This allows little subtle ripples of energy (upper disturbances) to fly by, and if timed right with enough instability, can lead to surprise storms days out. Models don’t handle this transition well, so getting exact days and exact details of potential trouble is very difficult to do. So now you know the overall story behind the following forecast.

The Storm Prediction Center has it mostly quiet this stretch with a highlight on Monday. The GFS model of instability and shear still show most of it confined into the Gulf and Texas. It only takes a day for it to sneak back into Oklahoma however, and a strong zonal flow aloft can allow that. So look for the outlook from the SPC to change accordingly.

The best storm days will be late Monday, late Wednesday, and late Saturday as best I can tell. The middle of May will get messy as the atmosphere knows that’s our peak of severe weather season here in Oklahoma as well as tornado season. We can deal with that later. Let’s focus on Monday. A cold front moves through rather quickly lining up from a surface low near Tulsa stretching south/southwest to near Ardmore by mid afternoon. The CAP is fairly strong and models are at odds if it breaks. On Saturday’s runs they held it. This Sunday afternoon, there are signs it will break.  Our two best models are actually at odds with one another, polar opposites. These are mesoscale convection models that are supposed to have the best caption of the atmosphere and the best physics to then depict how things should evolve. The 3km NAM is dry, CAP holds with the exception of far E/SE OK by evening. That was my initial thought. The new HRRR model says storms will fire near dark, CAP breaks near the surface low around Tulsa and that cluster develops quickly and moves east. In addition, it fires off elevated hail storms in W/SW OK that move east during the evening into C OK (which is all behind the cold front). The other CAM models split the difference with a couple storms in SW OK and a couple in SE OK. So my confidence is lower than usual due to lack of stable guidance and the surface pattern not being typical.

Tech model not bullish enough, but has the right middle ground idea.

So in the end, I’m going to have them meet in the middle. A couple of hail storms in SW OK moving E/NE. Should stay south of OKC during the evening hours. A couple of storms fire in E OK and those have a tornado potential with them. Favored area is from Tulsa due south and points east. Any severe storm will travel into about the western 1/3rd of AR before dying out. Still carrying a tornado threat with them. Where I would error, is a hail storm making it farther north into the OKC metro area and instead of a couple storms out east, there are a few. That’s the best I can do for now. I’ll know more Monday morning and may do a lunchtime live to discuss.

As mentioned earlier, there will likely be some decaying storms in N 1/2 of OK Wednesday evening. Saturday will be something to watch as the upper pattern gets better established.

Temperature trends are still fairly nice for this time of year. OKC shown below:

That’s it for now. This was a tough one believe it or not. Subtle events are the most difficult vs brute forcing, a lot can go right or wrong, and in a hurry. Be sure to share this blog on your social media and tune in when I go live to discuss the forecast or when I go live to cover the tornadic storms. -AT 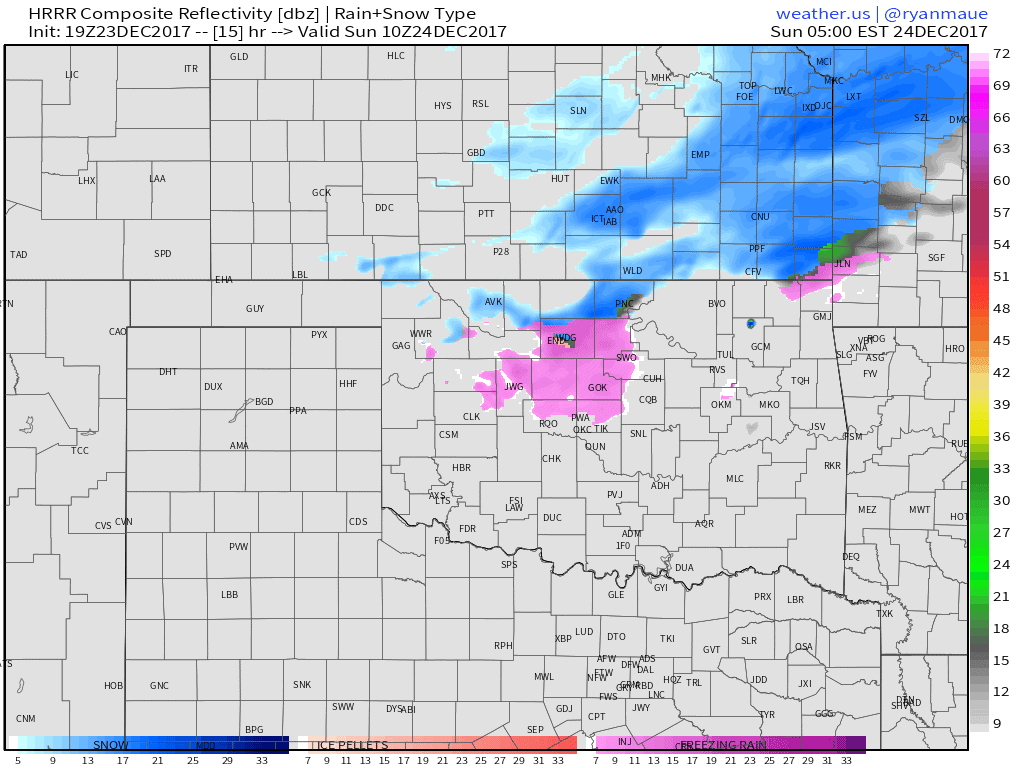 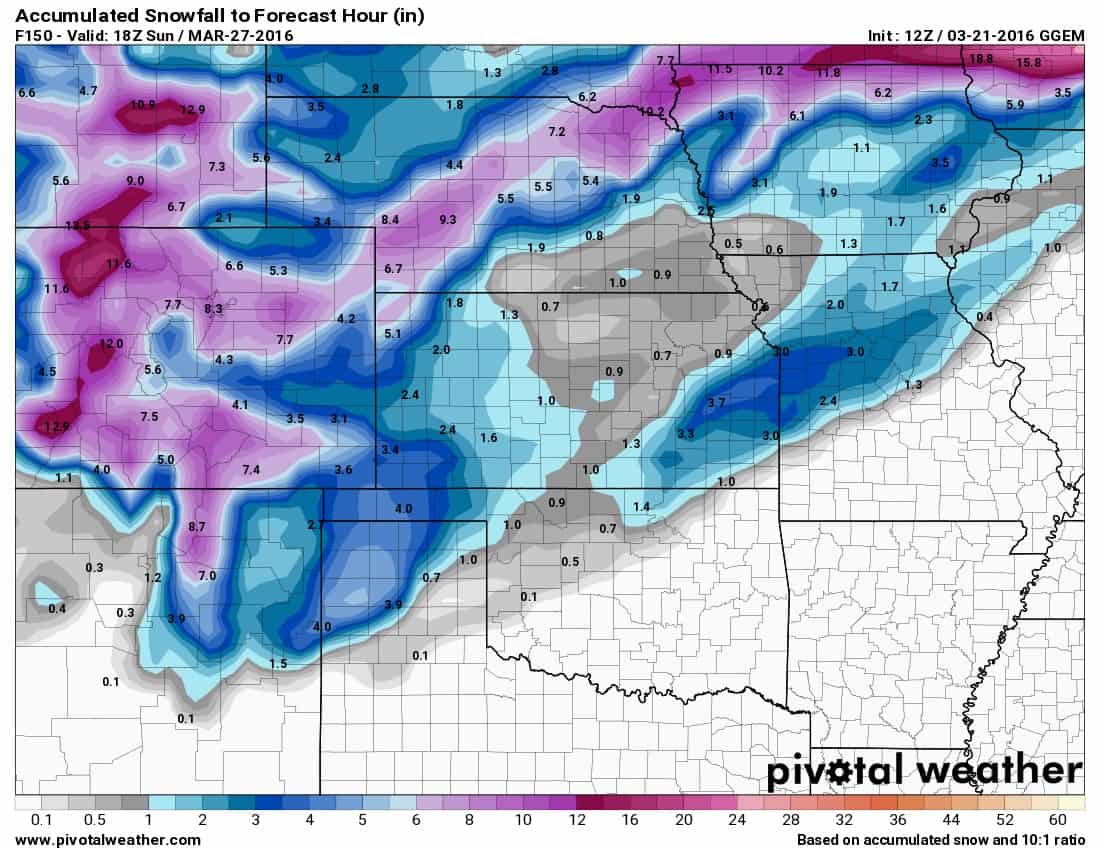 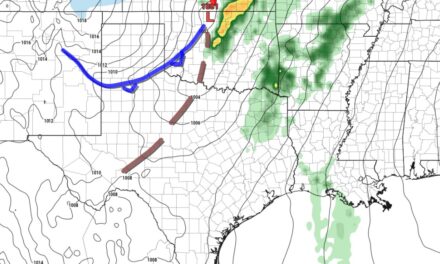 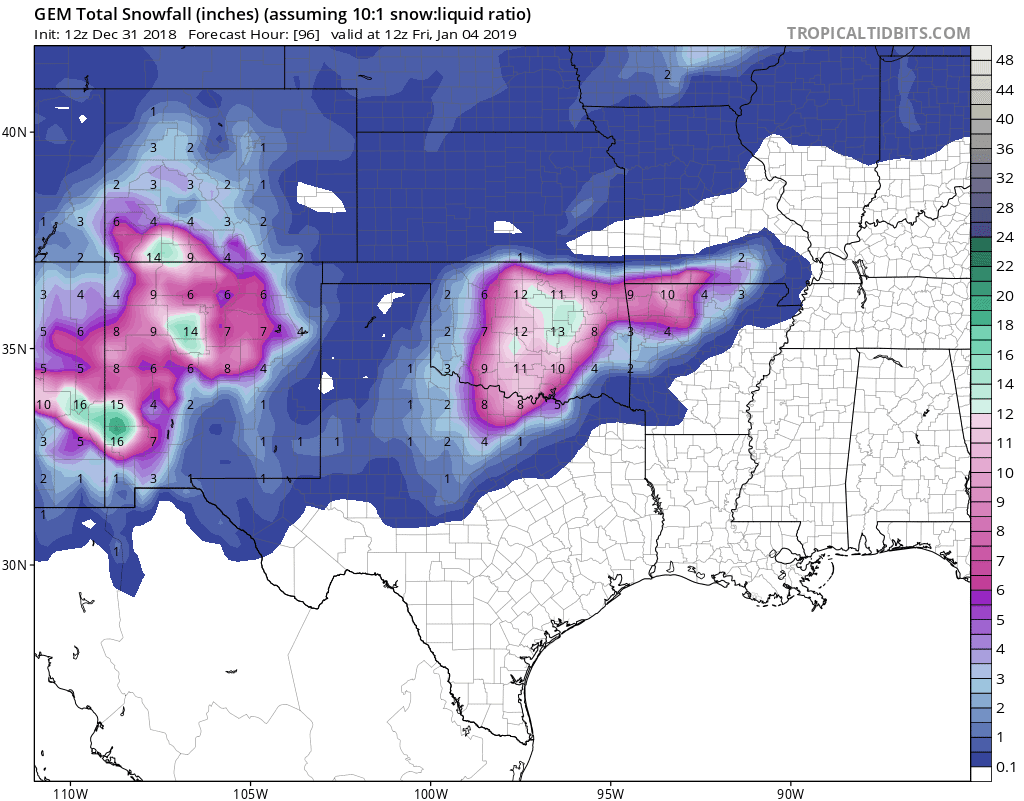