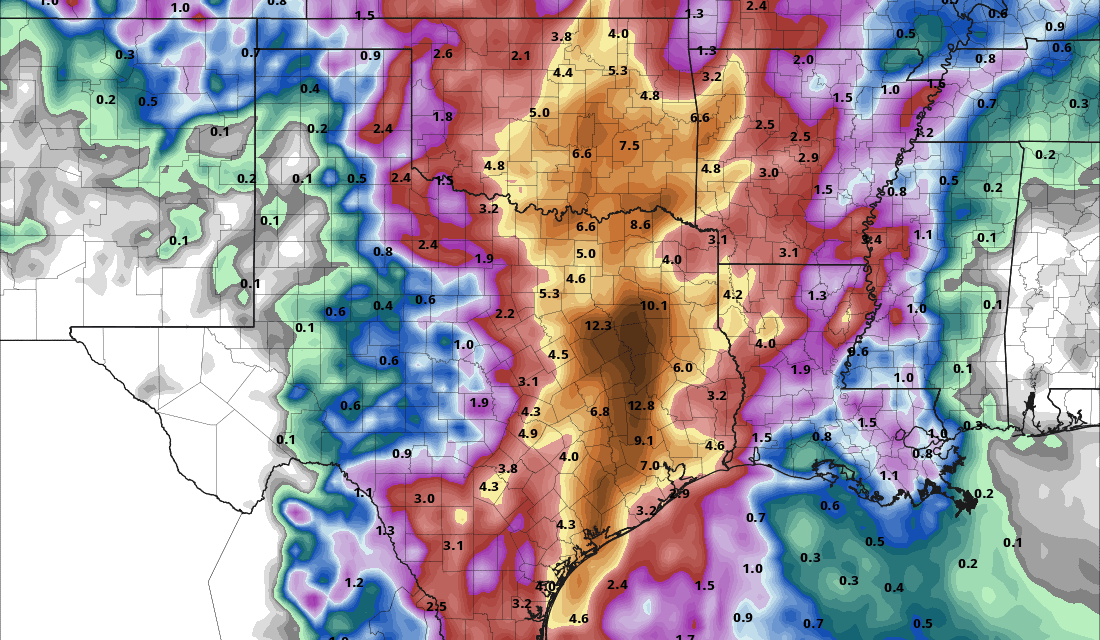 So here we are, smack dab in the middle of the peak of our tornado season. Yet, the focus will be on flash flooding.

Although there will most likely be a couple of isolated tornadoes early this week, most will be impacted by the continuous rainfall and isolated areas of flash flooding. The flooding can happen at any time, any day of the week. The massive amounts of rain can be shown both in the short-term hi-res model data where it tries to pick out spots of excessive rain and in the global models which just smooth everything out over the week.

Rain Totals for the week.

So the main reason for the outcome above, is due to wind shear. The winds are a little weak at different levels and the direction at times is mostly from the south, which is a moistening profile that leads to more of a tropical atmosphere, hence flooding. Early on, especially late Monday and again late Tuesday, we could see a couple of tornadoes over SW and S OK. Odds are low, but not zero.

The reason is the jet stream pattern is almost early summer-like in the speed flow. This system on Monday for example weakens dramatically across New Mexico and the energy is focused mostly across TX. There is where you will find a better chance at tornadoes. As this system ejects across OK whatever shear is left with it will give us that isolated chance of a tornado in our state on Tuesday as well.

After Monday’s system moves by. We get a squeeze play during the week with a new Low out west and a High east. That filters moisture and weak upper level energy through the I-35 corridor from TX to OK, hence the rainfall graphic you saw above.

Long term, models are murky for Memorial Day weekend. At first they indicated some trouble possibly. The latest data today however, shows the jetstream is deflected to our north due an upper ridge of high pressure forming over the S Plains. This pattern is not typical of mid to late May and therefore our ability to see tornadic storms suffers greatly, which is fine by me! This forecast is way out there and definitely subject to change, so check back later.

The drought conditions aren’t that bad as most of the state has seen some decent rains this Spring. Even today’s rain was beneficial for those that didn’t get the flash flooding.

Rainfall with respect to averages for Spring.

The remainder of the forecast is wet, but there will be several dry hours each day and night and systems will come and go in various directions and coverage. A radar model forecast is shown below (touch or click to animate) to give you an idea of how chaotic things will be through Tuesday. The take home is expect rain, some storms, and some of those will have a little hail and damaging wind. The best areas to see a tornado would be SW OK late Monday and across S OK on Tuesday. That said, flash flooding will be the biggest threat of them all. Remember, “turn around, don’t drown”. You have no idea if a road is washed out or not in these situations.

Finally, be sure to use my free weather app, ATsWeatherToGo, to stay safe and weather aware. You can download it from the Apple and Google Play stores. Be sure to follow me on social media and select “get notified” when I go live or post an update. Talk soon! -AT 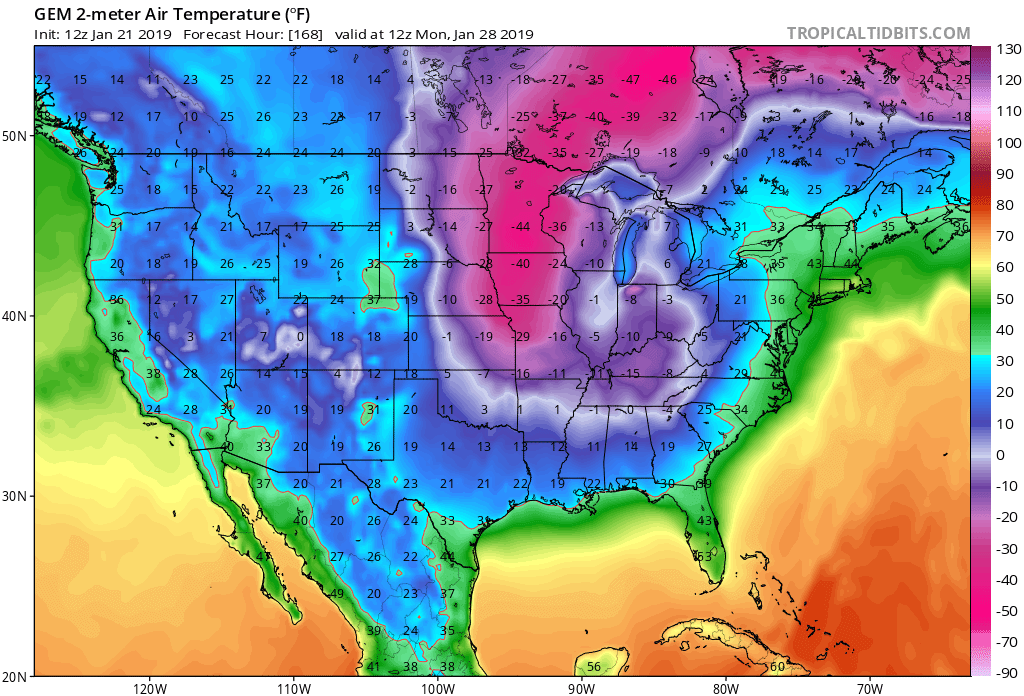 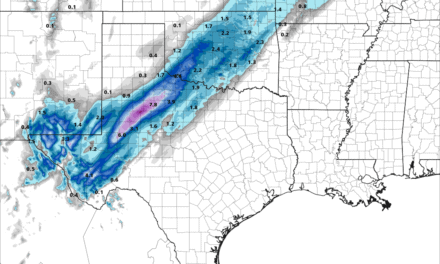 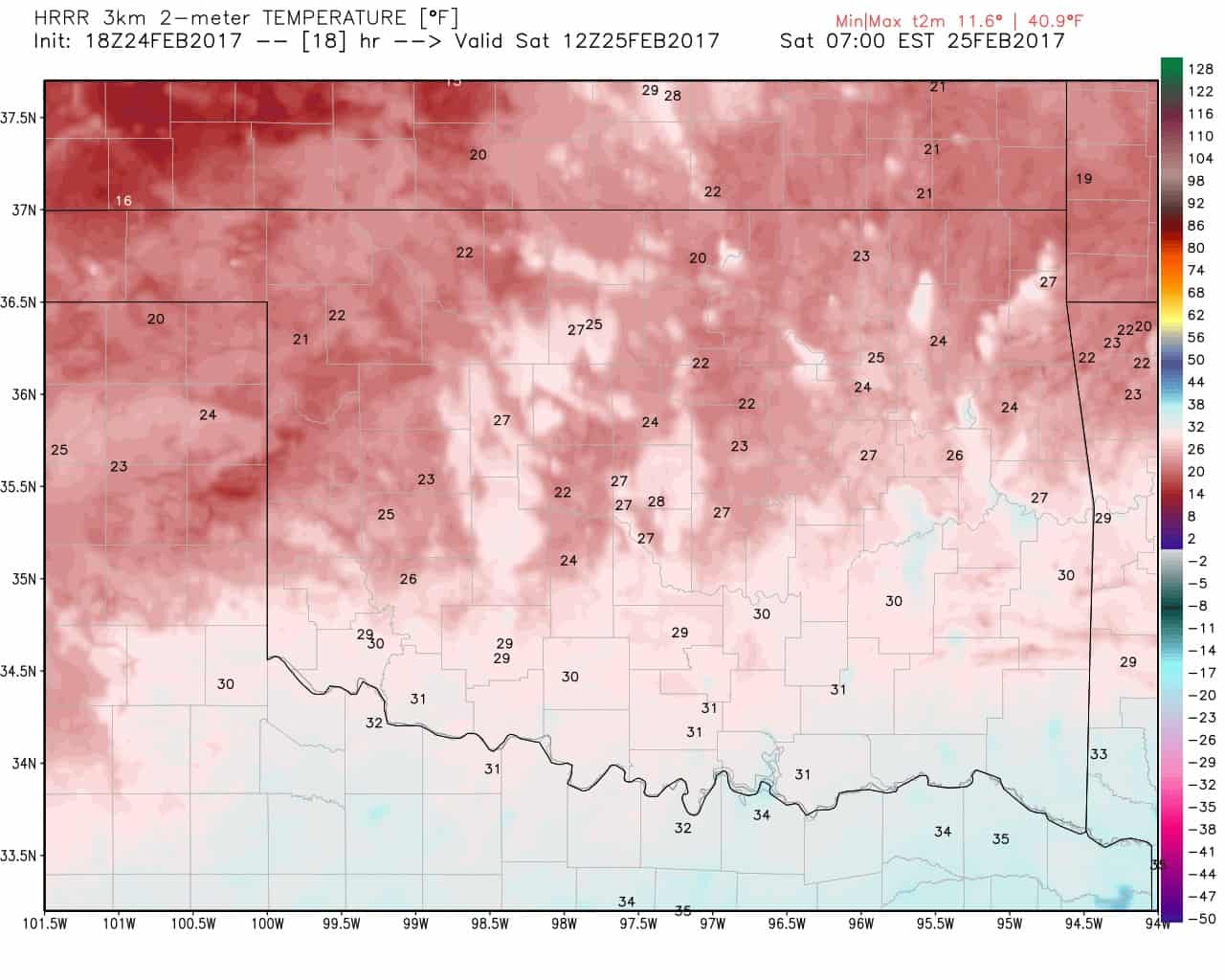 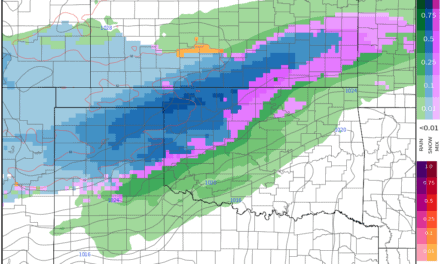 Winter Returns with a VENGEANCE: Freezes and Snow