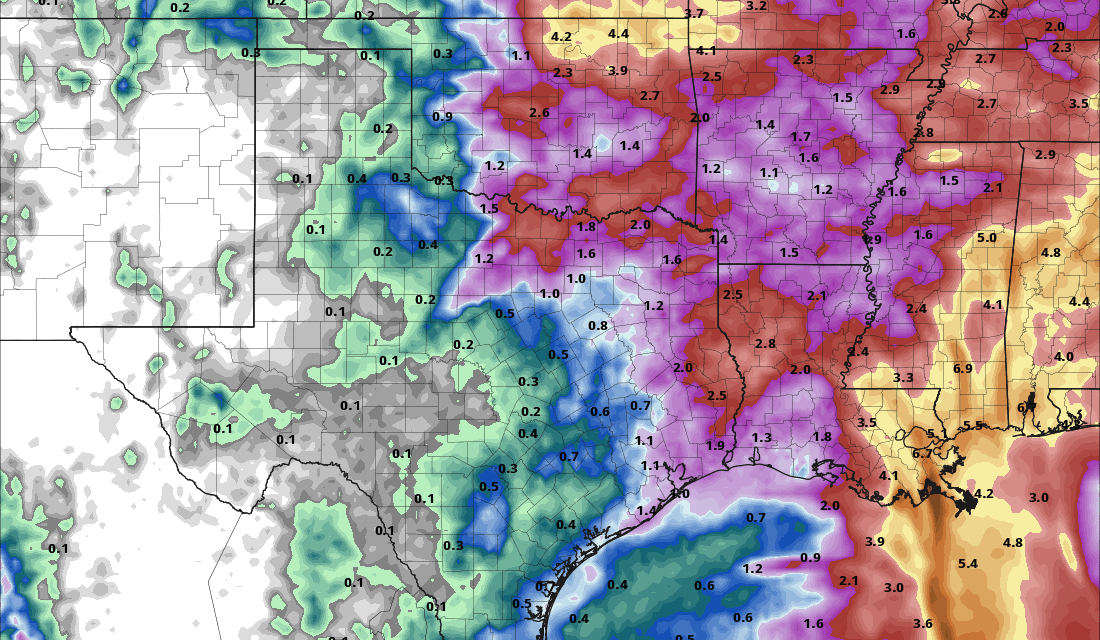 Our summer-time weather continues into the weekend before changes occur to bring back both rain and cooler temperatures. In the meantime, the tropics heats up with a storm system expected to move out of the Gulf of Mexico and into the LA shoreline.

What is causing this change can be found in the jetstream. The upper ridge will reposition itself from the Rockies back down into Mexico. As this occurs the blocking effect that keeps storms north of us will allow us to transition into a NW flow. This will bring occasional cold (cooler) fronts and storm clusters that form off the Colorado terrain. So the end result is the pattern gets a little cooler and off/on wet for the latter half of our June.

Rainfall amounts will be pretty decent through the month in Oklahoma. Our first widespread activity will come with the arrival of Monday’s cold front. Before that, flooding rains will greet parts of the gulf coast thanks to that tropical storm on Saturday.

Scattered showers and storms on Monday.

Temperatures are usually the hottest right before a frontal passage and with that in mind, Sunday will be toasty. However, when the front rolls in on Monday, the cooler temperatures will make it much more pleasant for Tuesday.

Temperatures much cooler for Tuesday.

The long-term trend shows that this cooldown is only temporary. There are some indications that the ridge shifts again for July 1st that cranks up the heat into the July 4th weekend. 100s could be back over a much larger area at that time. More on that later down the road. -AT 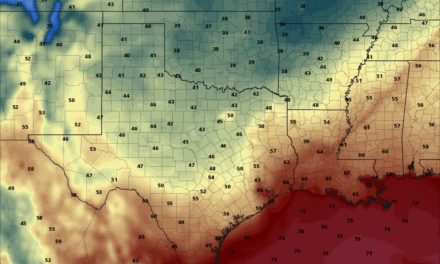 This Week’s Outlook: Rain, Cooler, and A Frost

Chatting About Next Weeks Cold and Snow