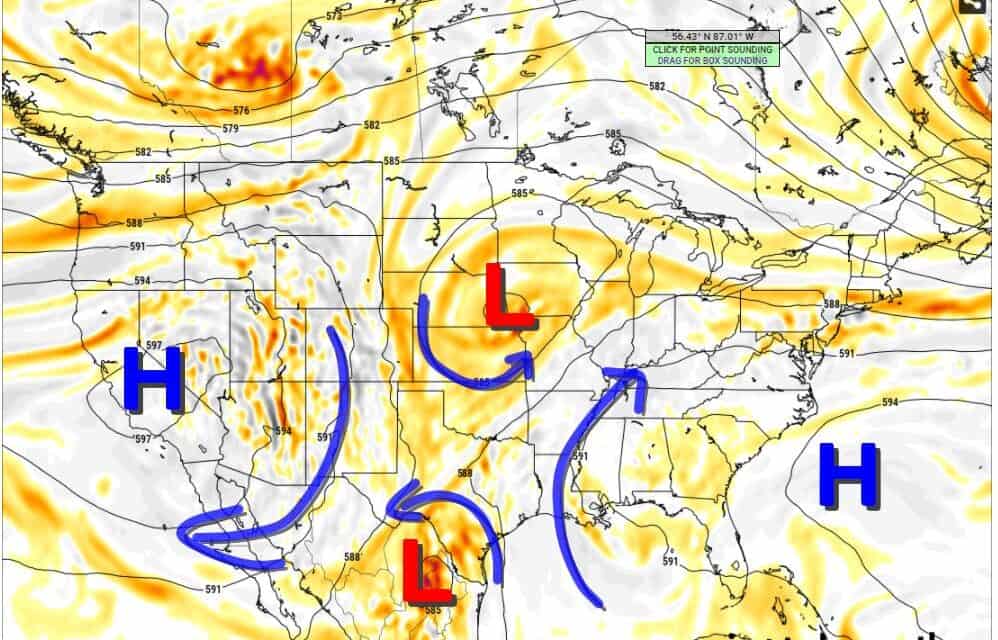 Are you ready for an extended period of below normal temperatures? How about just “a little” more rain?

The weather pattern for the Sooner State continues to impress. Daytime highs should be in the low 90s and instead, we’re going to see lots of 80s. Again the Jetstream pattern is to thank for this relief.

Currently we have a ridge to the east and west with us caught in-between. A weak upper low is generating some lift in the atmosphere across Texas and just enough of that is coming into Oklahoma to kick off a few showers Tuesday afternoon and more on Wednesday as a cold front slips in before washing out. By Sunday, we’re still stuck in-between highs, so another front will arrive over the weekend and Texas will continue to get some flooding rainfall.

Showers and storms expected Wednesday as a weak front approaches.

You noticed that area of interest marked in the upper pattern. That is a reflection of Elsa which is a tropical storm at the moment. It’s expected to remain weak as it heads into Florida.

Overall the rainfall for the week isn’t too bad. As usual, this is a smoothed global model representation, so there will be some isolated areas that pick up more than the map indicates. Always watch for flash flooding this time of year.

Temperature trends look great here in OKC and elsewhere across the state. Enjoy! -AT 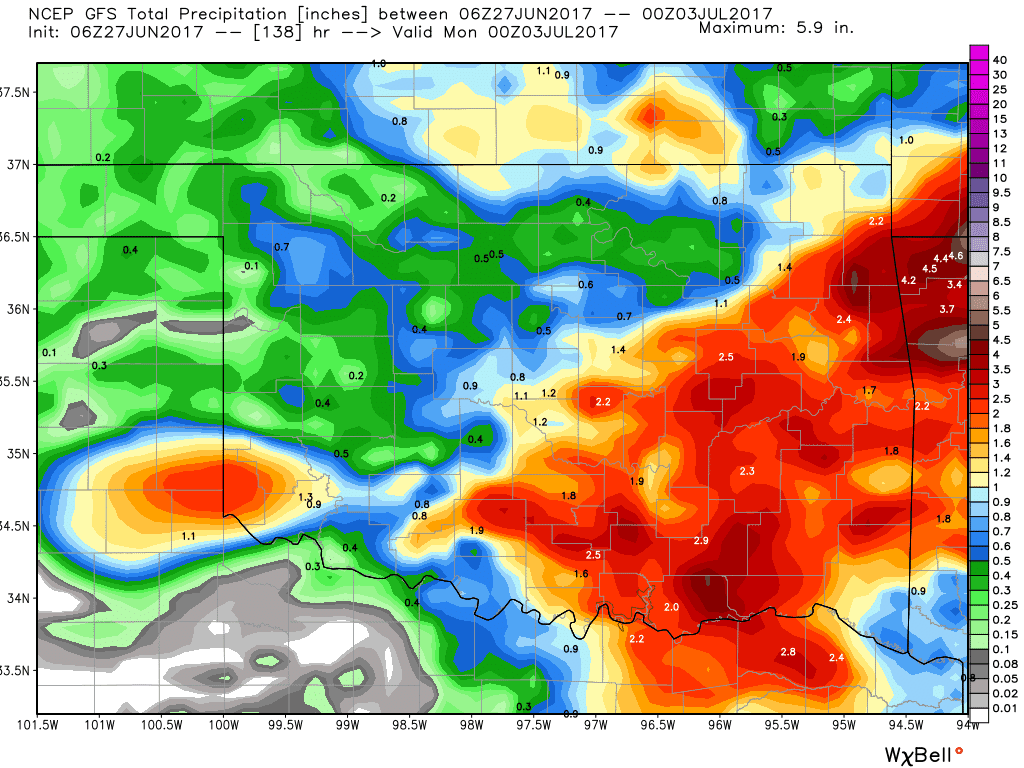 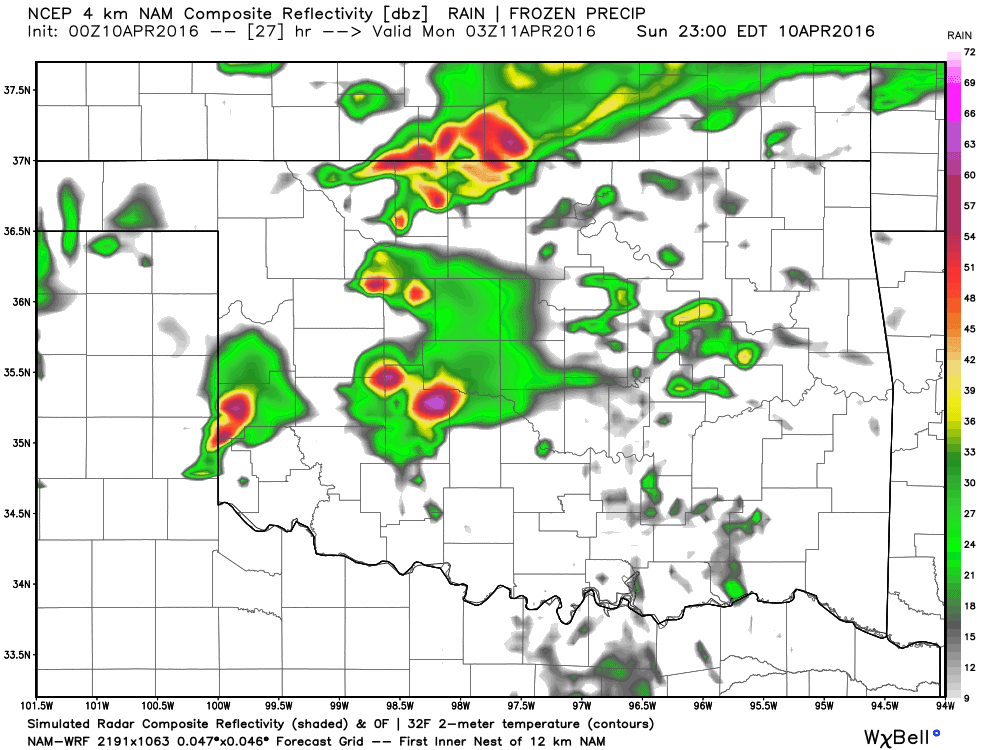 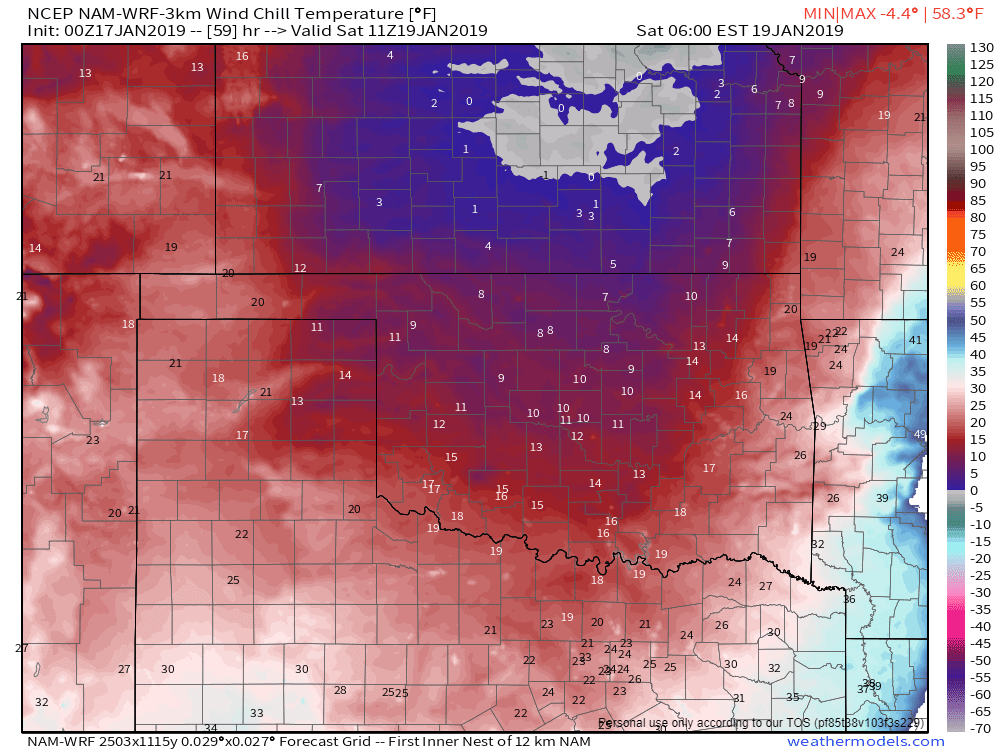 Those temps and that wind tho! 👀🥶

As i sit here sweltering in Florida, that looks oretty good.

I’ll take while we can, because we all know that heat is coming on soon.

I'll take two days like this every week through the summer. Lol!

All four seasons on one day that's so Oklahoma like

My kind of outdoor day!!

Meanwhile I’m walking around downtown Dallas roasting🔥. The day we have my fave weather at home🙄🙄🙄

These winds are trying my last nerve! Even for Oklahoma….

It’s been soooo amazing too!!

I will take them

Back to April--windy and cool!

Why couldn’t it have been like this yesterday when the planting was going on?! Today was farmers market so I couldn’t plant my vegetables…grrrr.

Mid May is the peak of our tornado season. Although tornadoes aren't in the forecast tonight, there will be some severe storms with wind and hail. We'll repeat the outcome Friday evening as well.

Is there a video/graphic like this somewhere with a pause button? Trying to get a clearer idea of if I’m likely to hit thunderstorms while driving between Lawton and Tulsa and back this week but it clicks through too fast for me to get a solid idea when I’m watching opposite corners of the screen.

Um sir. I can't camp with wind and hail. It's not ideal

Are you serious?? I just washed my truck again lol

Bartlesville Is talking about postponing their high school graduation due to weather concerns on Friday evening. Should they?

Looks like both storms go around OKC, is that right?

We have graduation Friday evening 🥹

Thanks for the forecast.

Ofc they go around OKC

When is the last time we’ve had an actual real tornado season in May? Two years three? 

What time are we looking at? (Tulsa area)

The truth may eventually come to light, but not before darkness does its damage. Why is it always this way? So much evil in the hearts of men. Imagine a world filled with love, moral integrity, compassion, and without greed or pride. A sinless world awaits, but only after death.

Augusto Roux volunteered for the Pfizer vaccine trial site in Argentina. Hospitalized 3 days after dose 2 for pericarditis; doctor ruled it a vax injury. Trial personnel recorded it as pneumonia, which was later updated to COVID-19 at Pfizer's request *despite* negative PCR test

It's a winter wonderland in Walsenberg, CO.... in May!