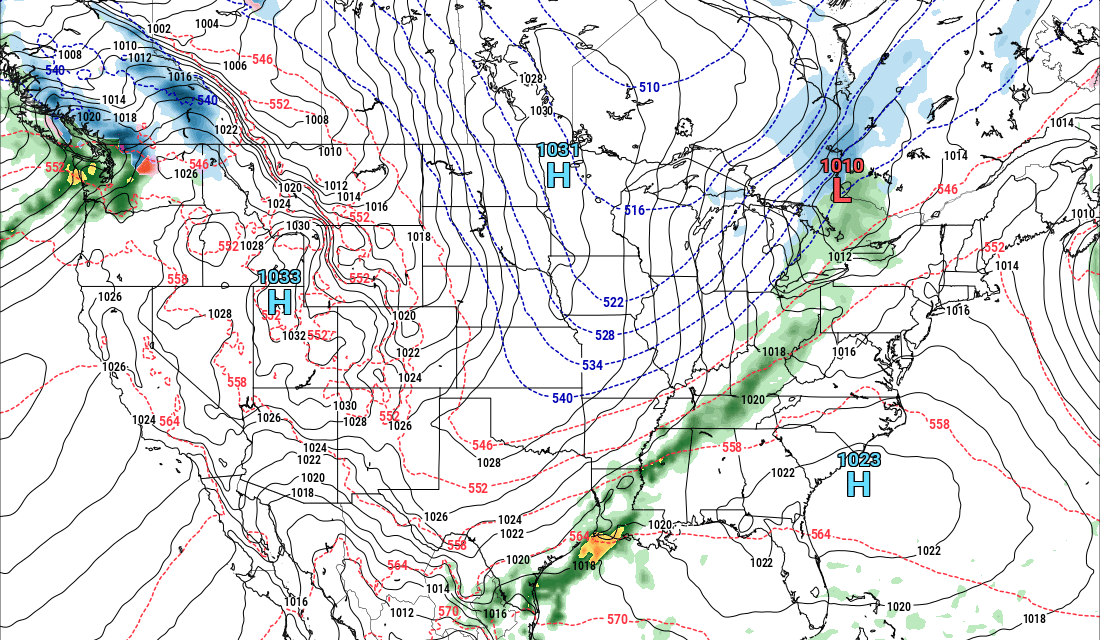 Last weekend I gave you a sneak preview of what Thanksgiving week was starting to look like. Today we have a much better idea and it’s mostly all good news. Contrary to what you may have seen at times on social media, this holiday looks to be extremely quiet for the majority of the country.

On Thanksgiving Day itself, there will be a mix of rain and snow in the Pacific NW, some light Great Lakes snowfall, and rainfall stretching west of the Appalachians to the Deep South and upper Gulf Coast of Texas. Temperatures will be chilly for about 2/3 of the nation. 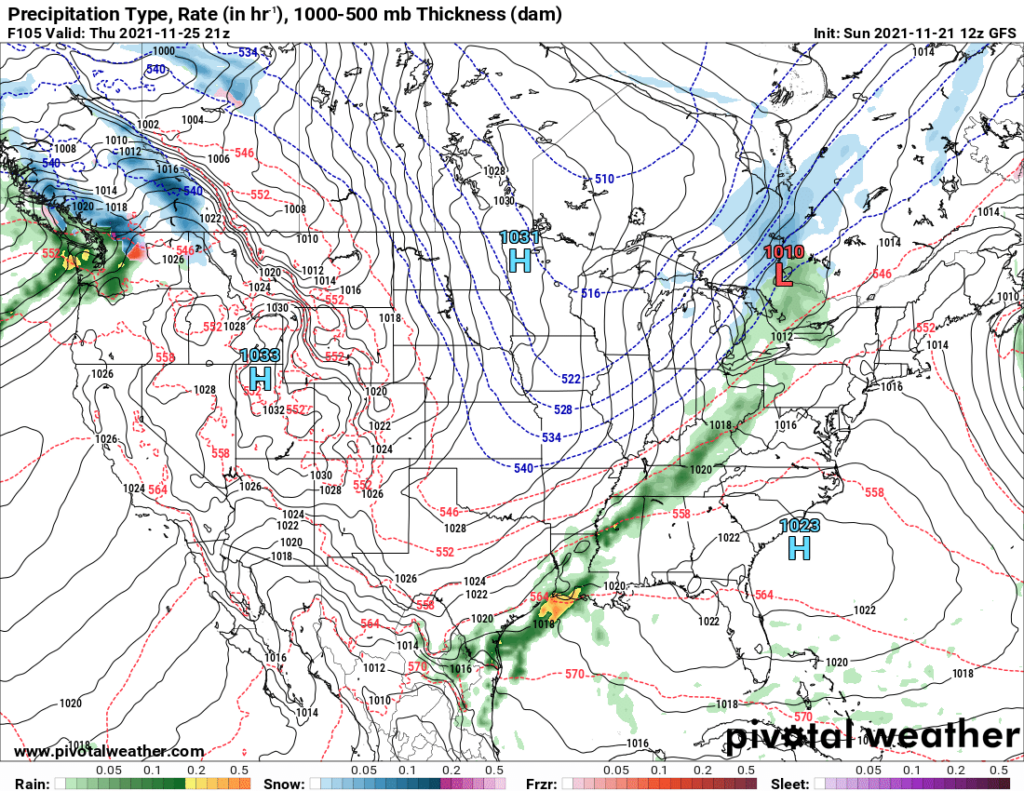 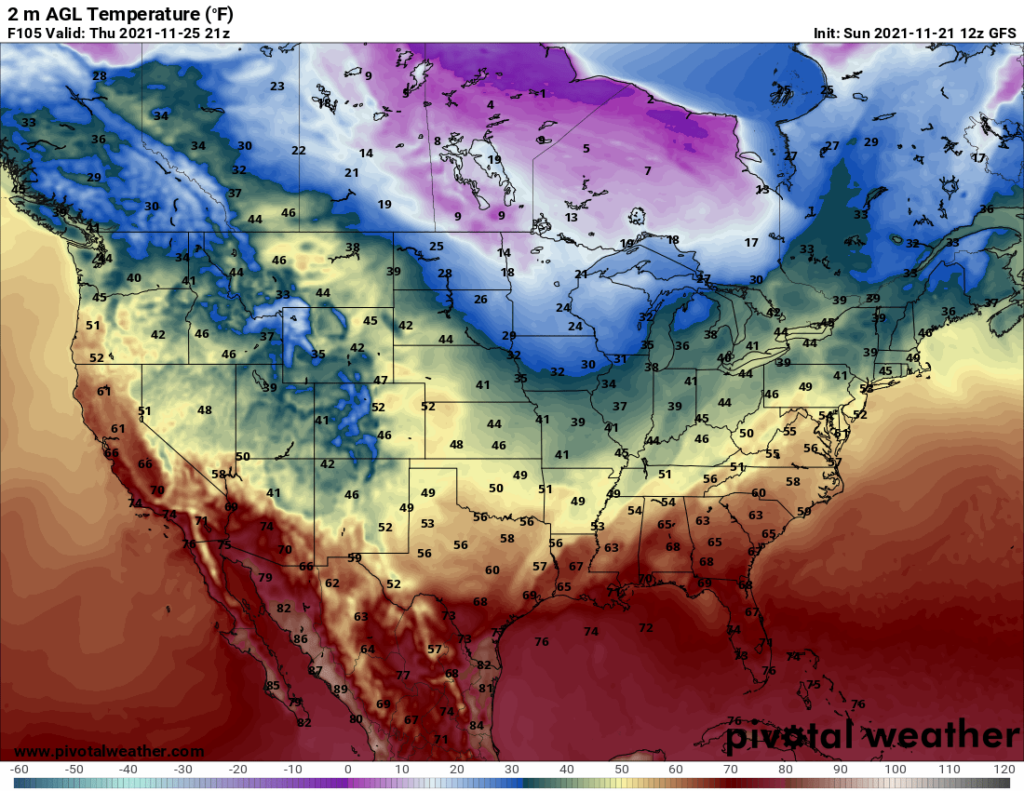 A storm system will move out of the SW US and swing through Colorado on Wednesday dumping several inches of snow. So beware for traveling and enjoy if vacationing! That same system will start to produce rain here in Oklahoma Wednesday afternoon, but end by early Thursday morning. Rainfall amounts may be pretty decent for the eastern areas. Morning clouds and strong north winds on Thanksgiving Day will give way to sunshine and light north winds by afternoon. 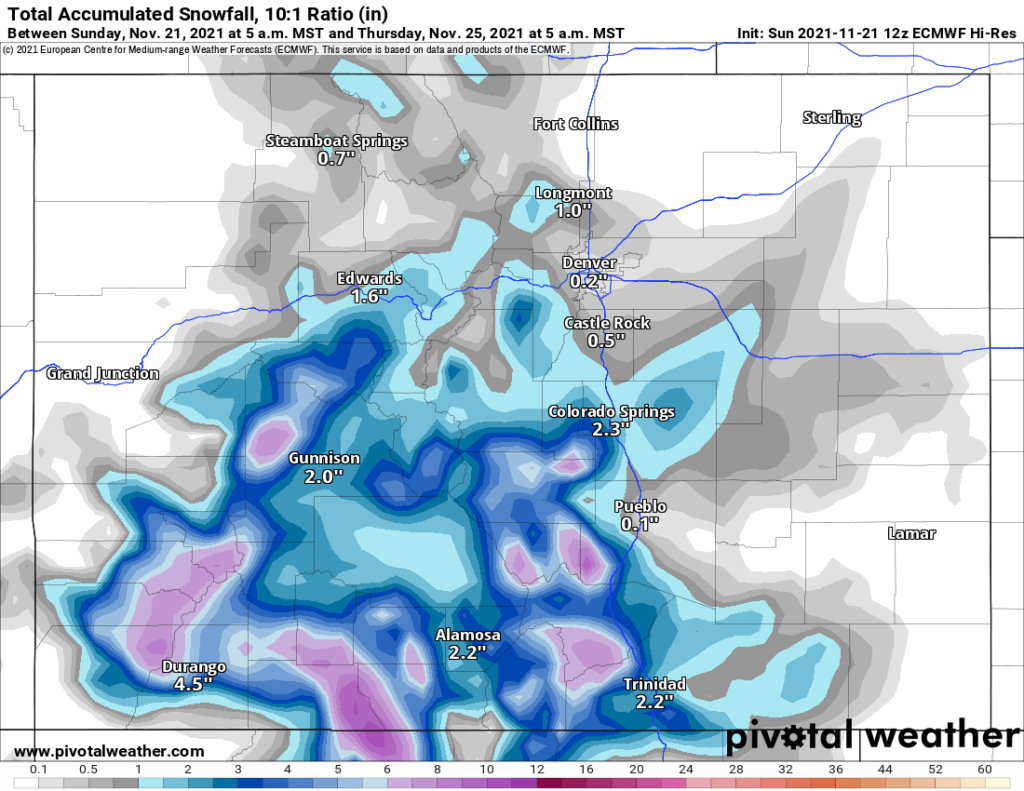 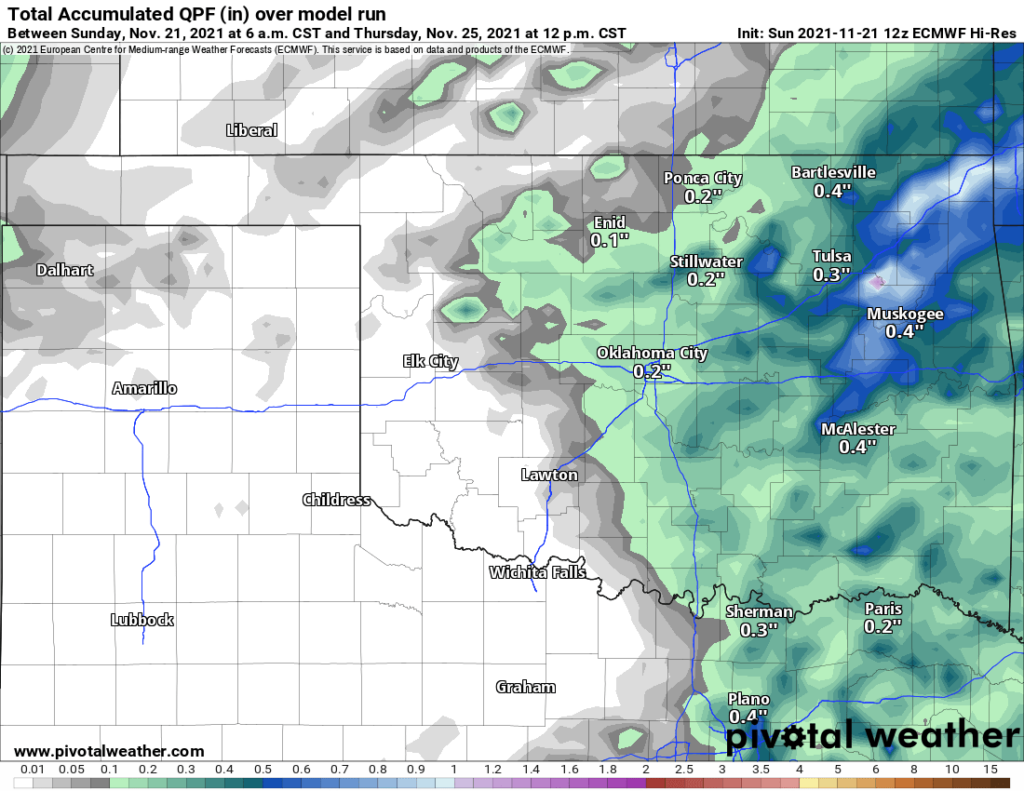 Cold air builds in behind the system, so expect a chilly Thanksgiving Day with most of the day spent in the 40s before topping out near 50 or so. Temperatures will fall quickly by dusk and a widespread hard freeze is expected. 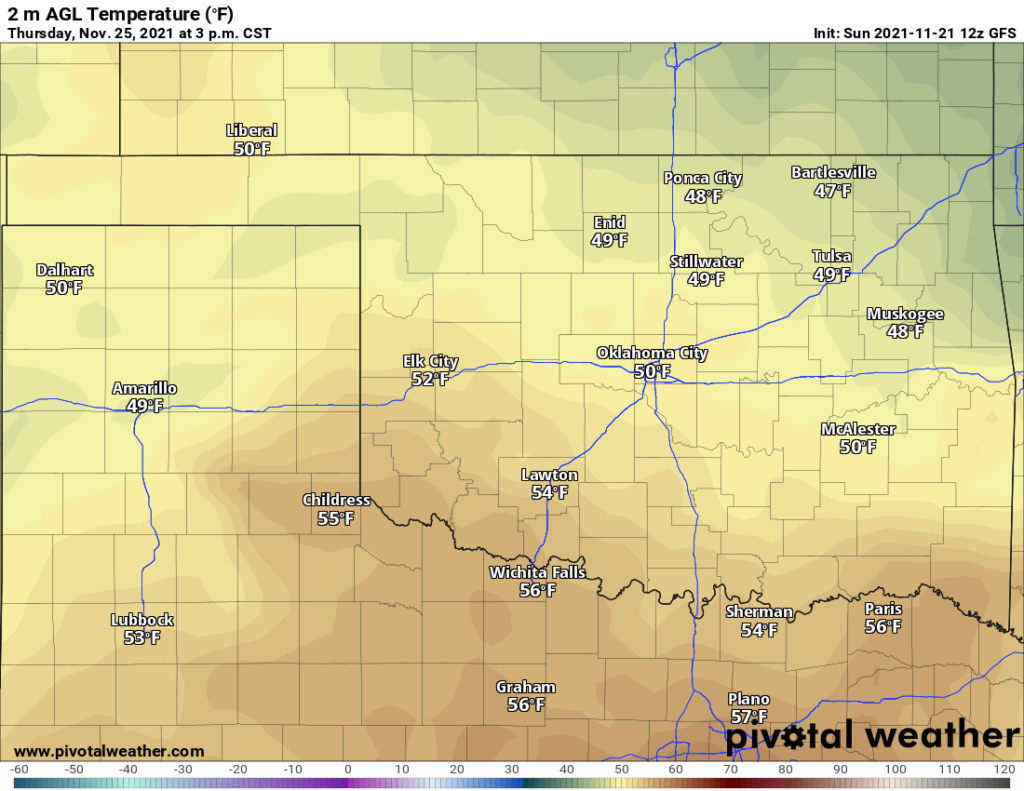 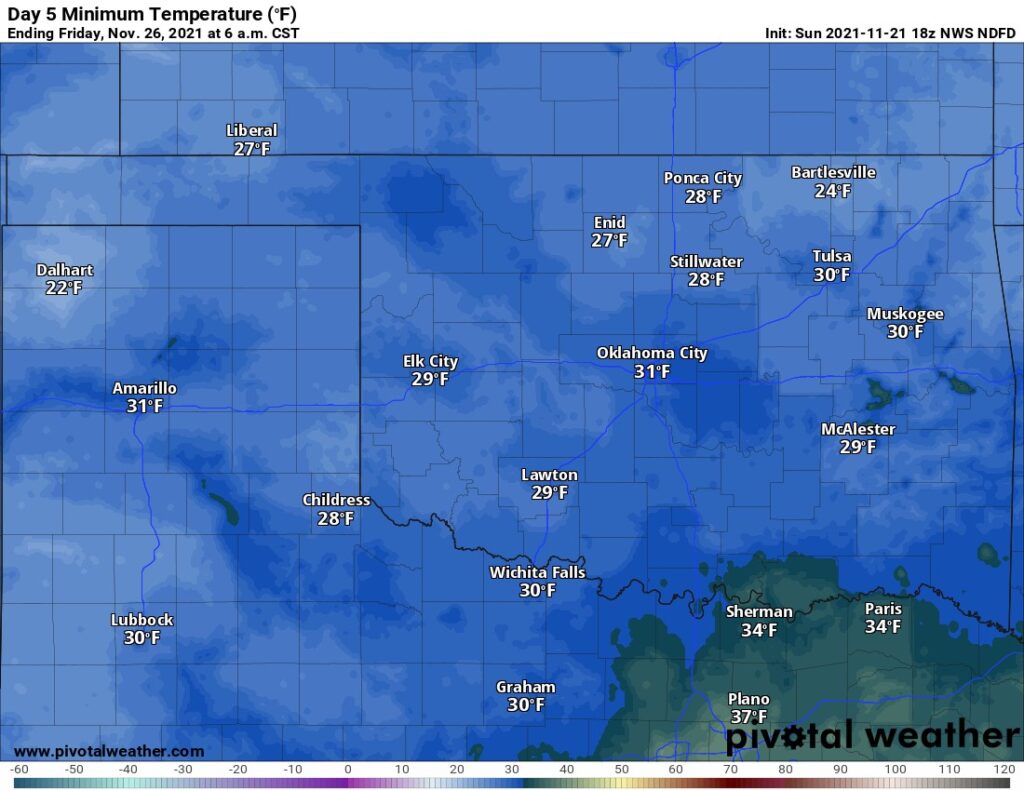 Temperatures will rebound a bit heading into the rest of the holiday weekend. Both OKC and Tulsa shown below. 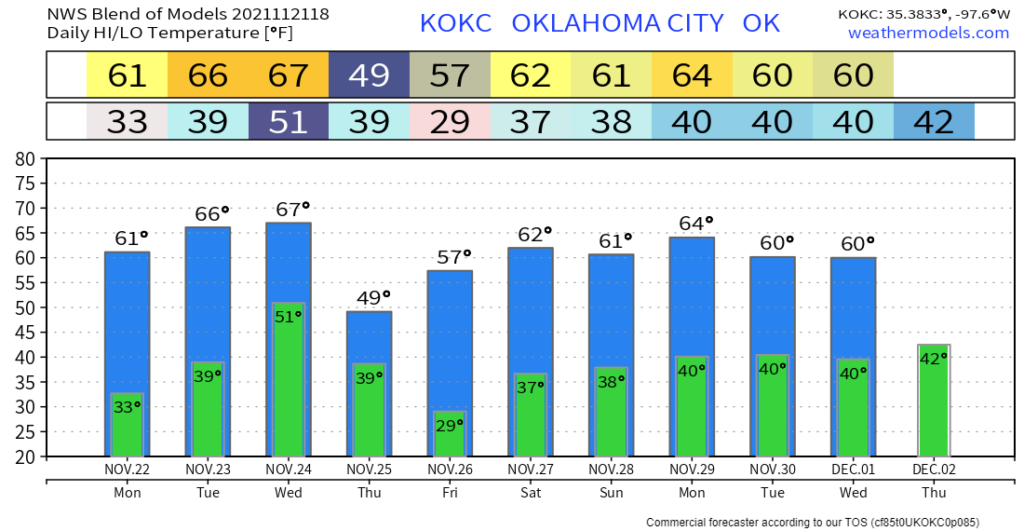 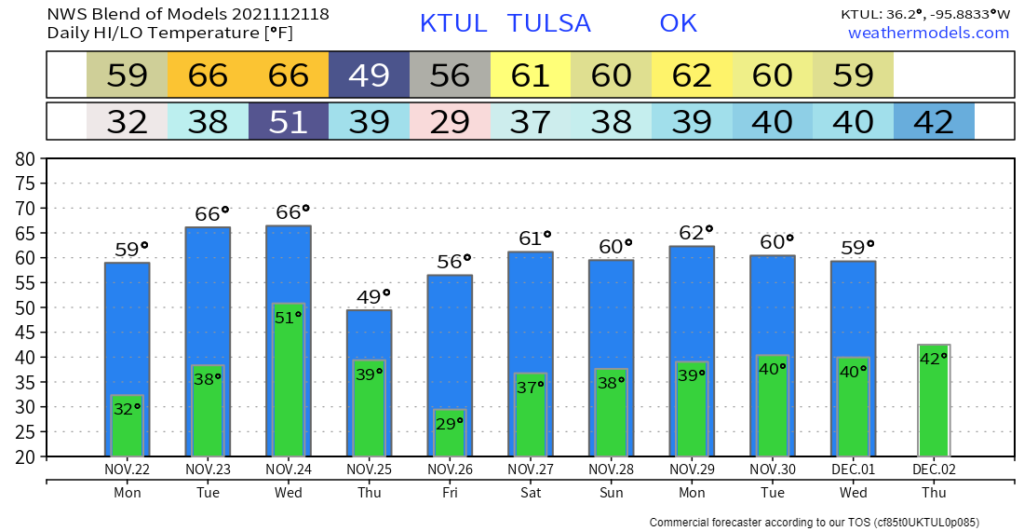 Enjoy your holiday week among friends and family and may it be a blessing in more ways than one! Happy Thanksgiving from myself, Jodi, and of course Little Larry! =) -AT 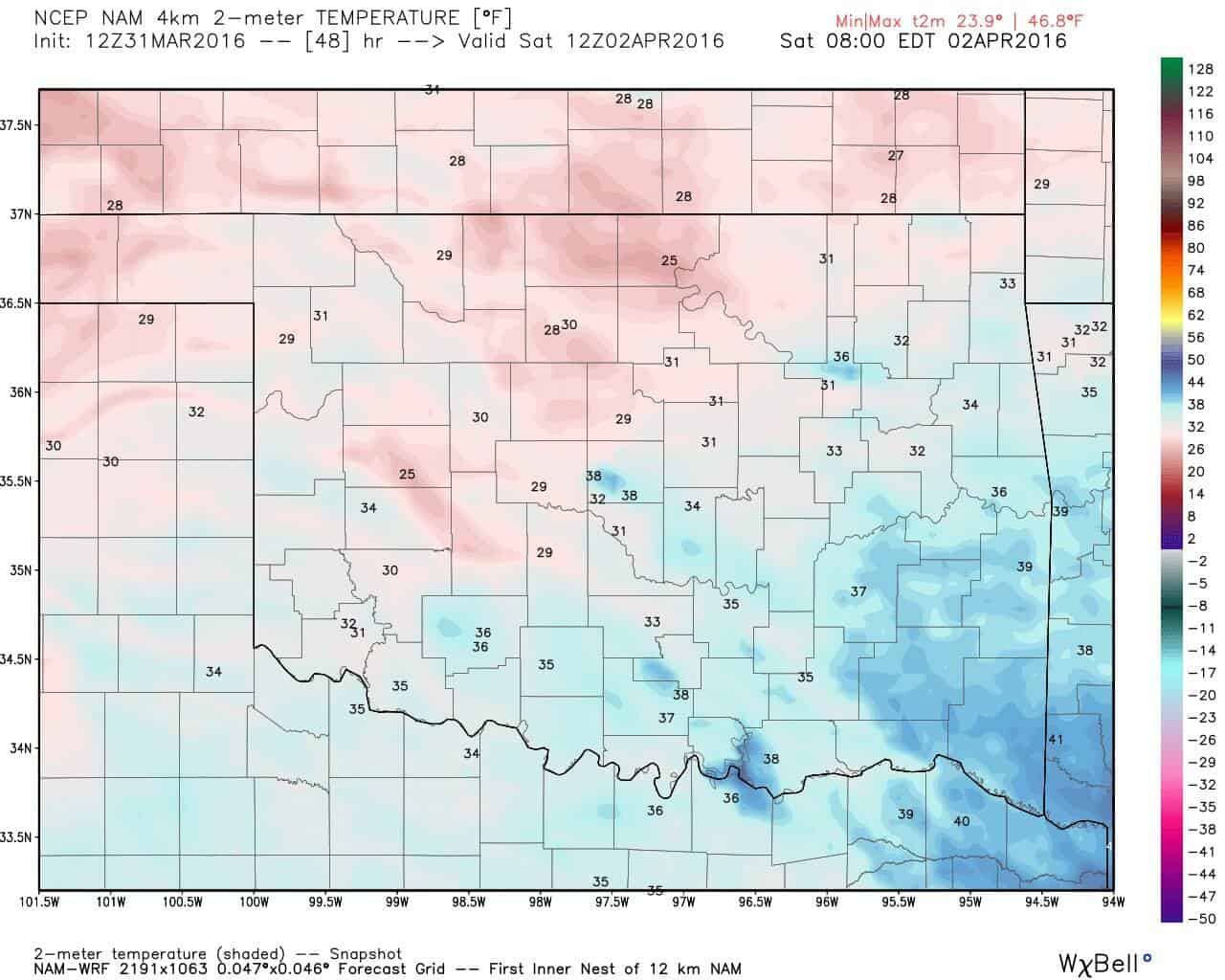 Another Freeze This Weekend 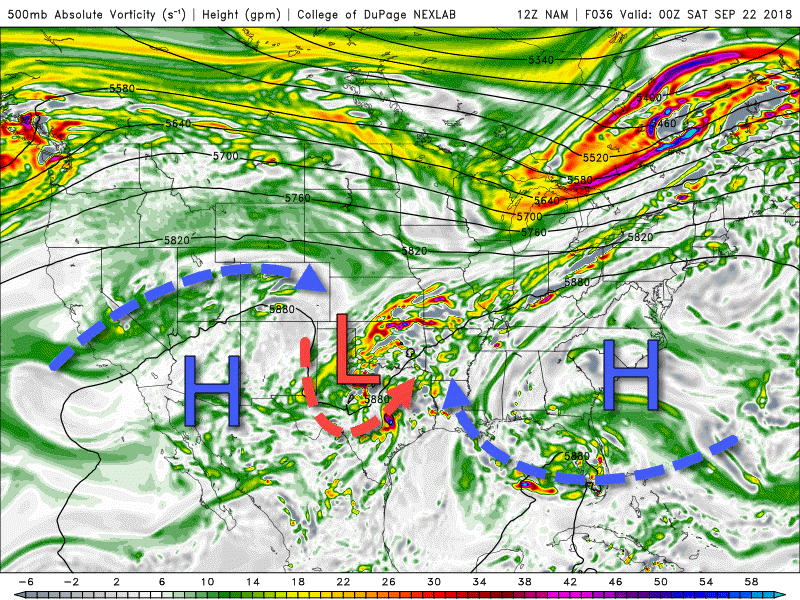 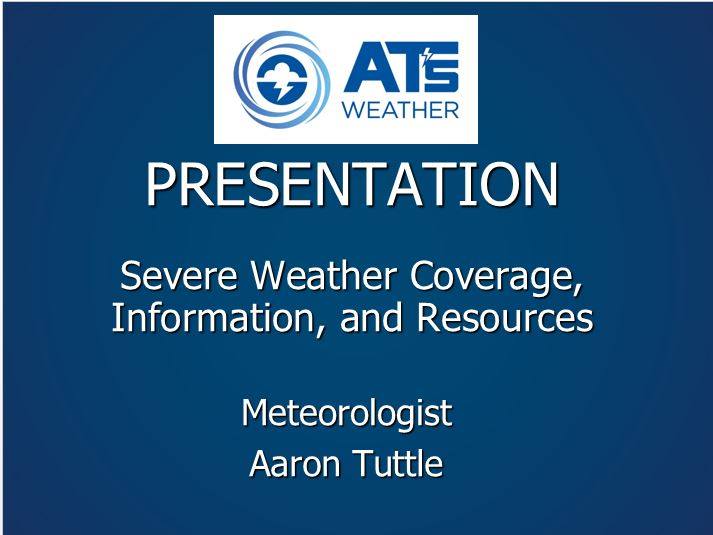 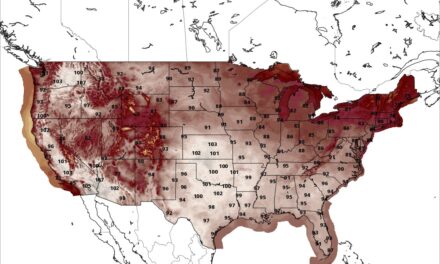