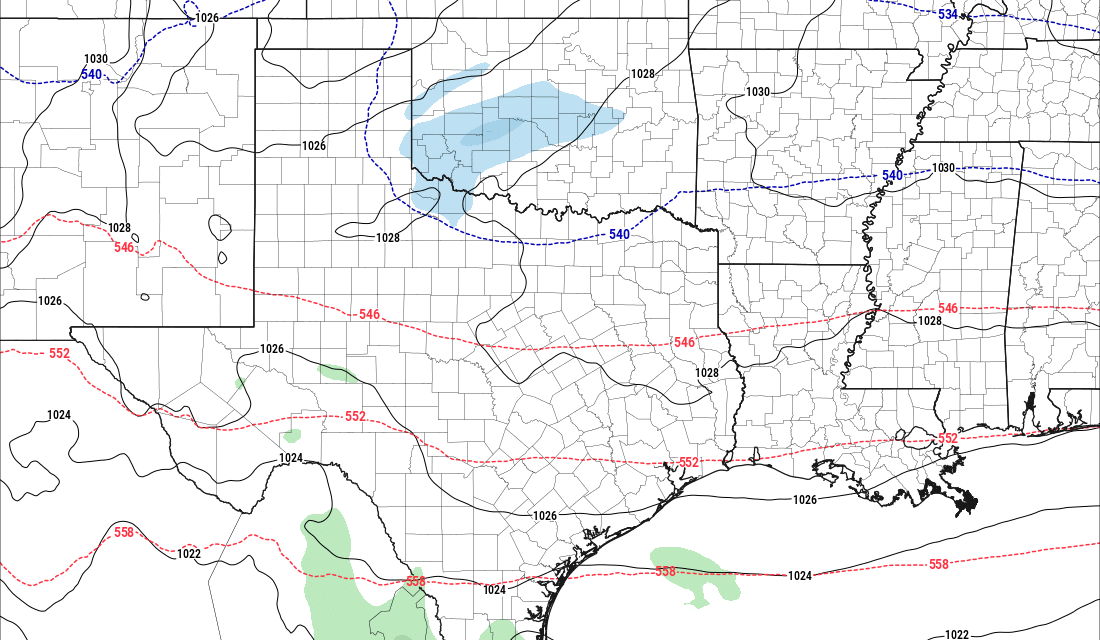 The last couple of snow opportunities were pretty lame with just flurries or a light dusting. Will this next one be any different? Well, the good news is that with snow, anytime you have an opportunity, it can surprise you!

The next upper level disturbance will move through the state twice. The first glancing blow will be focused across far NW OK and the panhandle late Tuesday as energy moves into the S Rockies. Then the system winds up and moves through the state late Wednesday. Right now the models keep this as a compact open short-wave trough. This would limit snowfall amounts from becoming anything too ridiculous. Should it change to a closed upper low, then all bets are off. So I’ll be watching it closely over the next 48 hours. 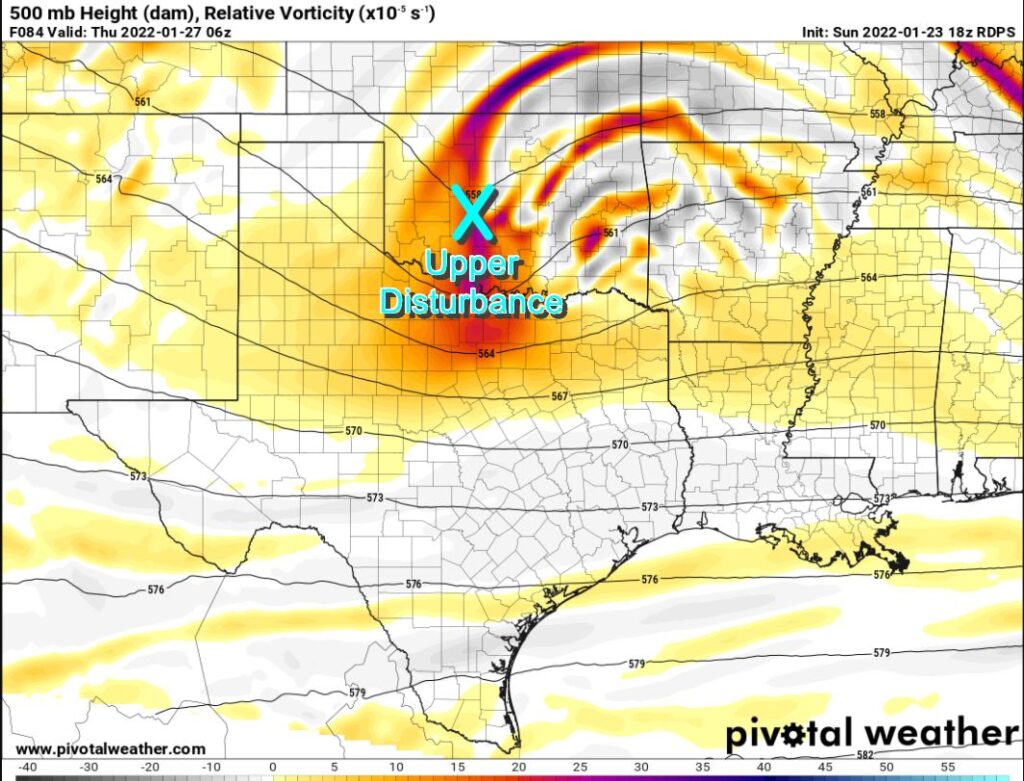 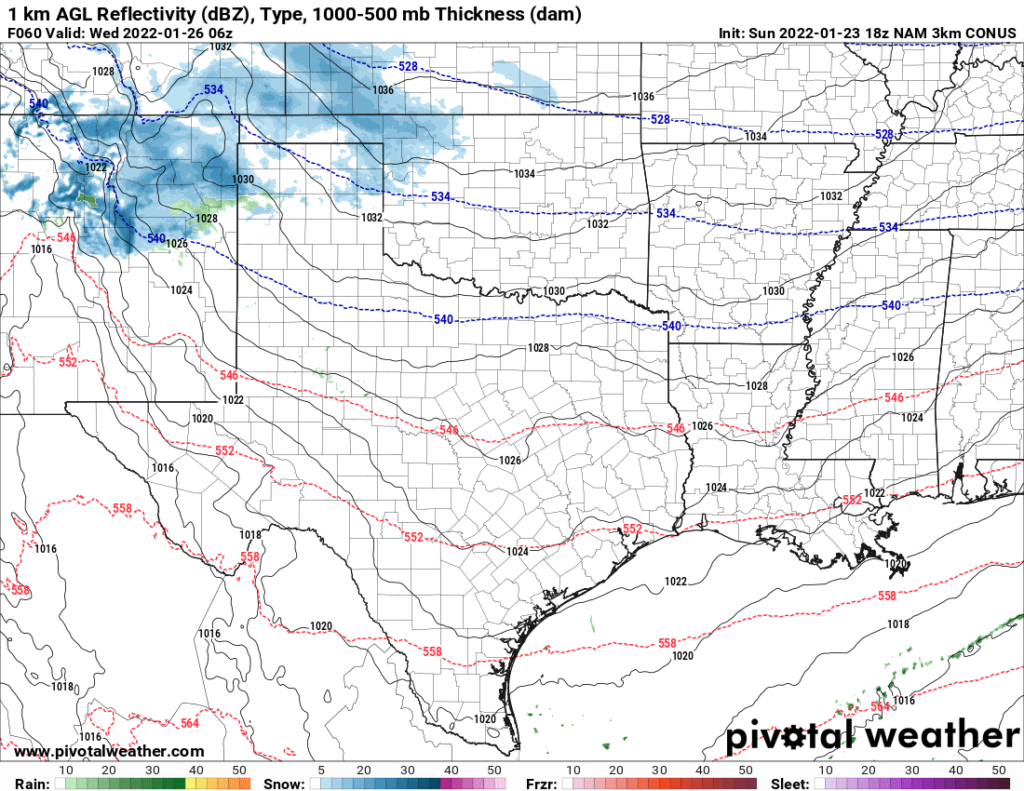 First round of snow late Tuesday. 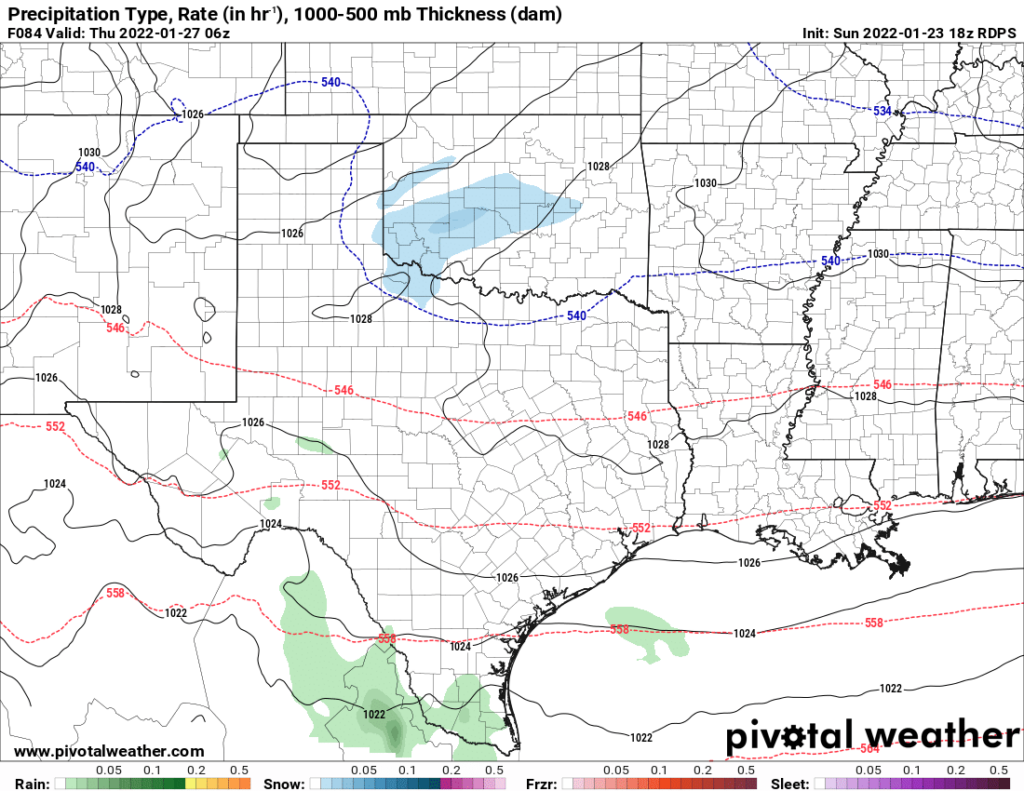 2nd round of snow Wednesday.

When we take a combination of the models regarding snow output, there is measurable snow across the W/C parts of the state. The exact track of energy will dictate any enhanced areas which this map won’t indicate. If the system jogs a little south again, that would place DFW in the snow flurry zone. 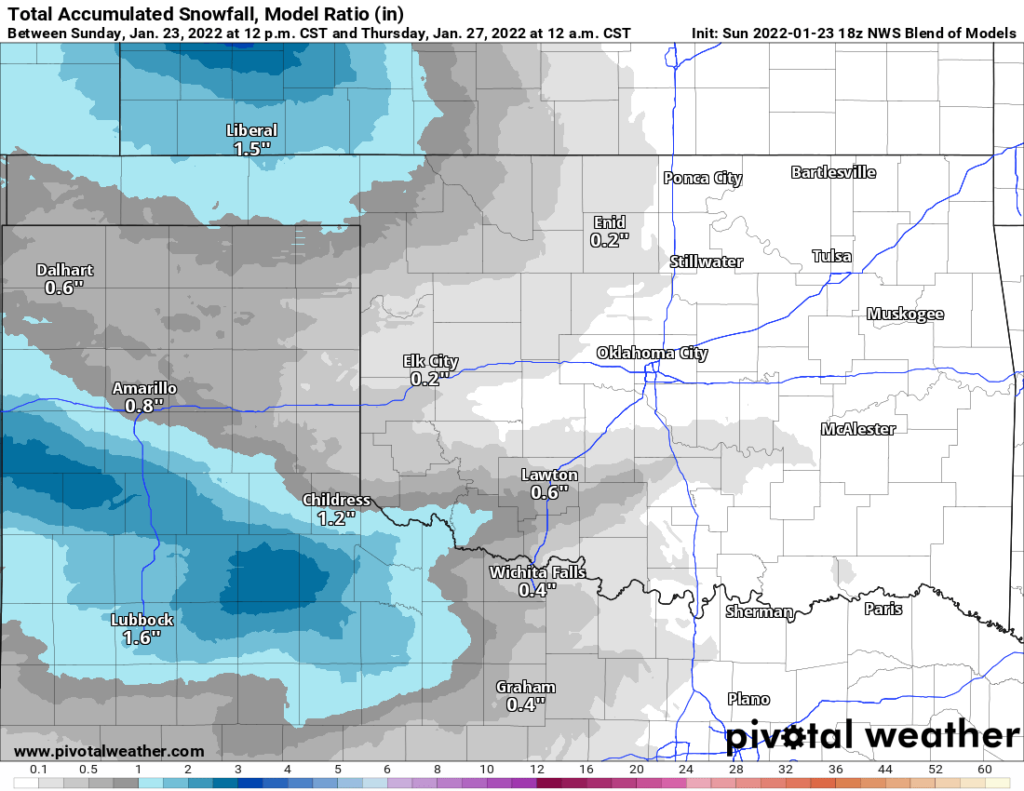 Other than the approaching storm system, another strong cold front will backdoor into our region late Monday, so expect temperatures to start falling off again. I’m still looking long-term for any good signs of a winter storm and there may be something showing up at the end of the first week of February as our coldest weather of the nation moves in during that time. -AT 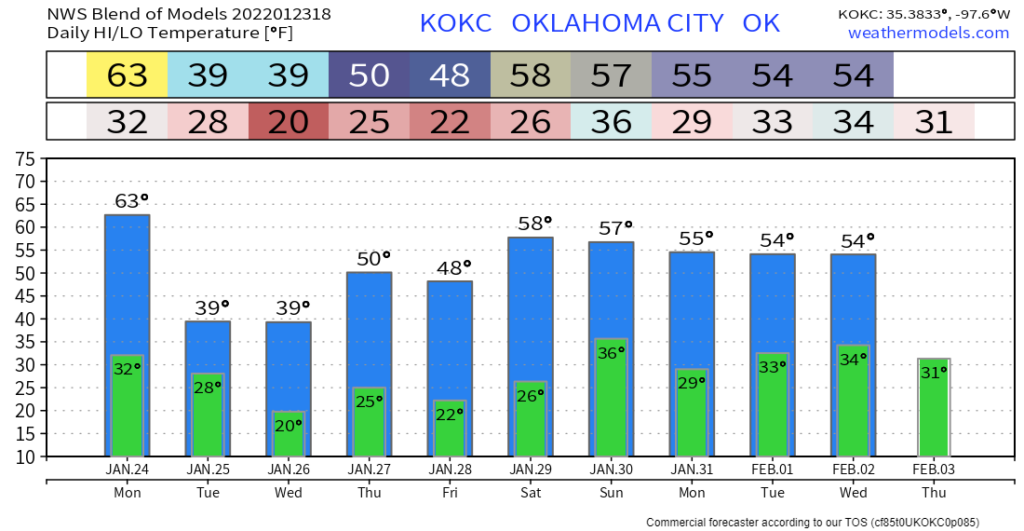 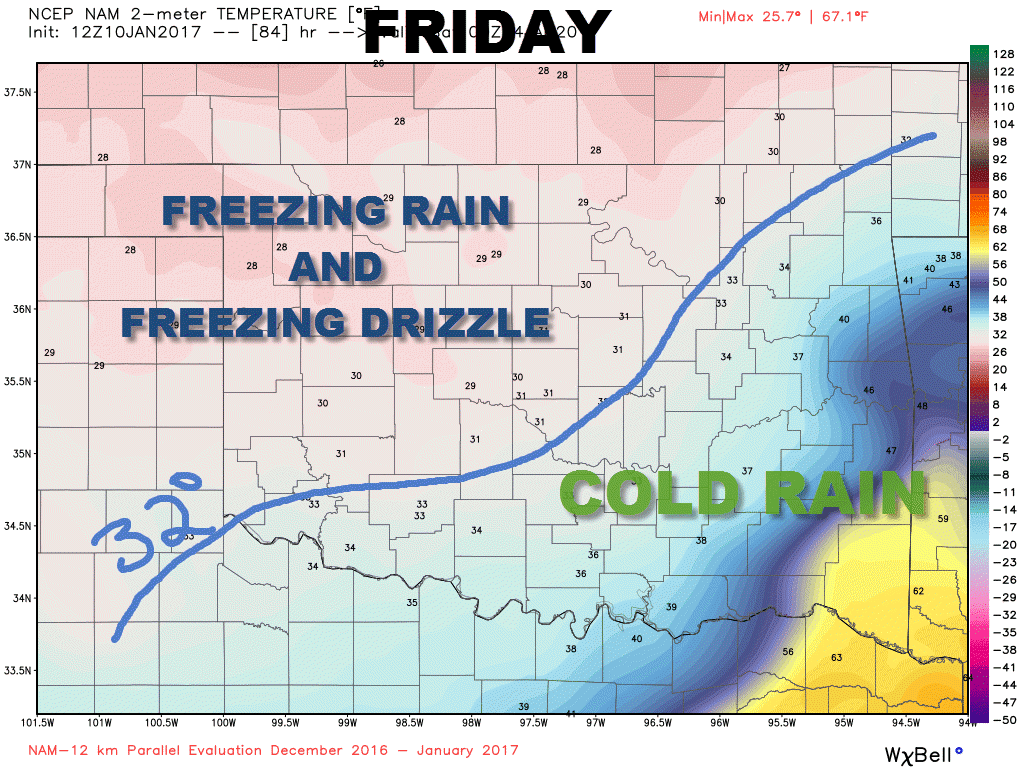 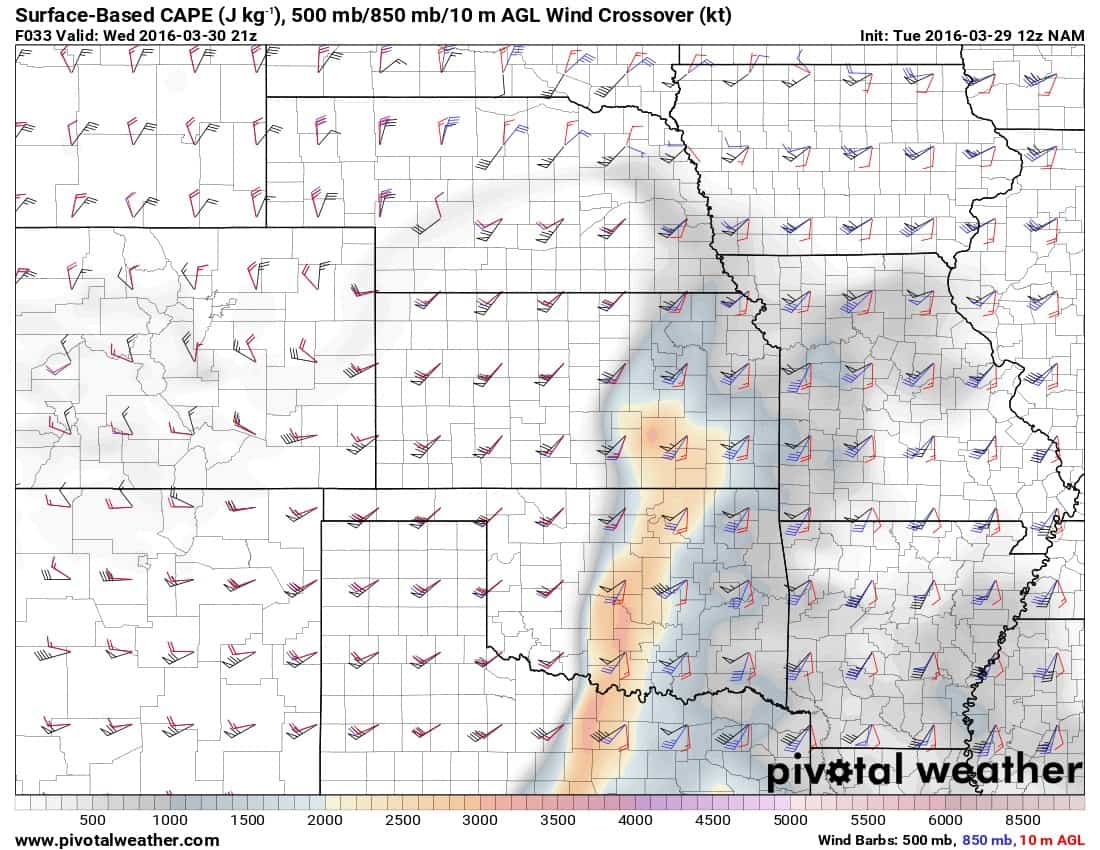 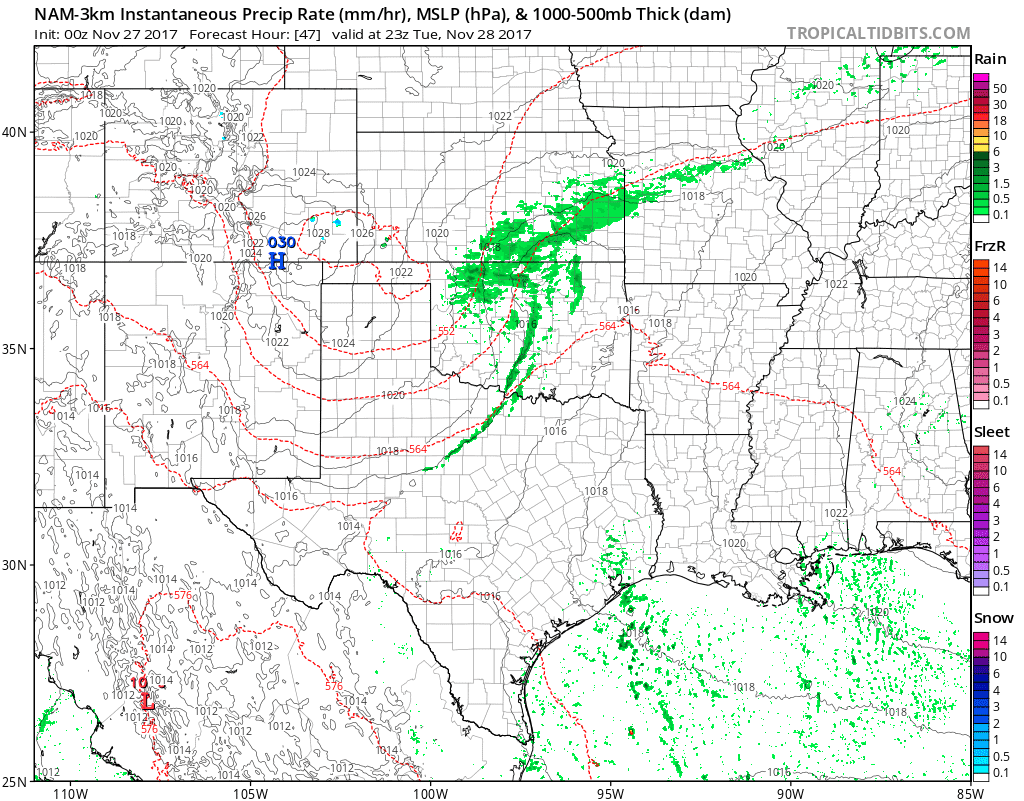