Pattern Change This Week – Who Gets the Heat? 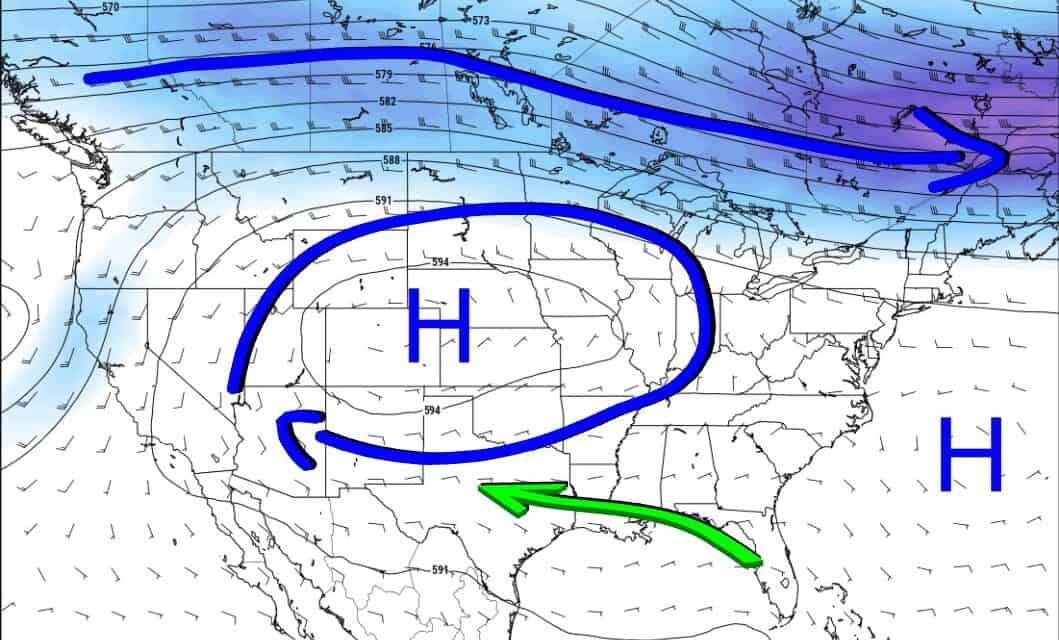 Did you enjoy the recent rains and cooler temperatures? It was a nice break from the dry heat! Well, the pattern will be changing again this week and what does that mean for us?

Up first, here’s a quick look at rainfall totals from the past few days. It’s clear that northern Oklahoma was the winner with the state divided. The south did get some decent rain in some areas, but not all unfortunately. 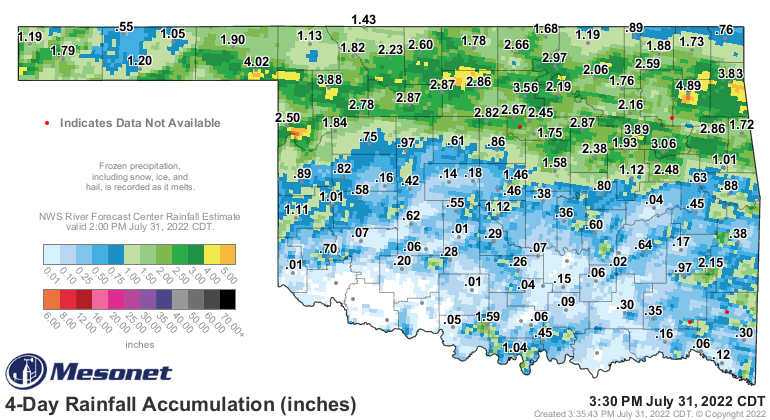 Rainfall amounts over past few days.

So what comes next? Well the upper ridge out across the west will shift east to the central plains. Earlier data last week showed that ridge shifting further to the upper Midwest. All models have dropped that idea and now anchor it across the Nebraska area. After a few days there, the ridge will shift back to the west again for the second half of August. The influence in temperatures in this pattern is to push the hottest air up north and disperse it across the northern plains and elsewhere. This gives Oklahoma and Texas a break from the extreme heat. This pattern also opens up the Gulf of Mexico for anything tropical in nature to skirt along the coastline and move into Texas and possibly Oklahoma. So I’ll be watching for any signs for that in the coming days. The increase in moisture in the mid to upper atmosphere in this pattern will also help to keep temperatures down a few degrees over both states. Tap the middle image to play the animation.

The departure from normal shows up best in those darker red colors with temperatures well about normal. At least that’s up north for a change! To give you an idea of what that looks like with temperatures, this map on Friday shows widespread 90s and probably even some 100s sneaking in up north. For Oklahoma specifically, the SW corner will be the hottest with daily numbers at or above 100 degrees. 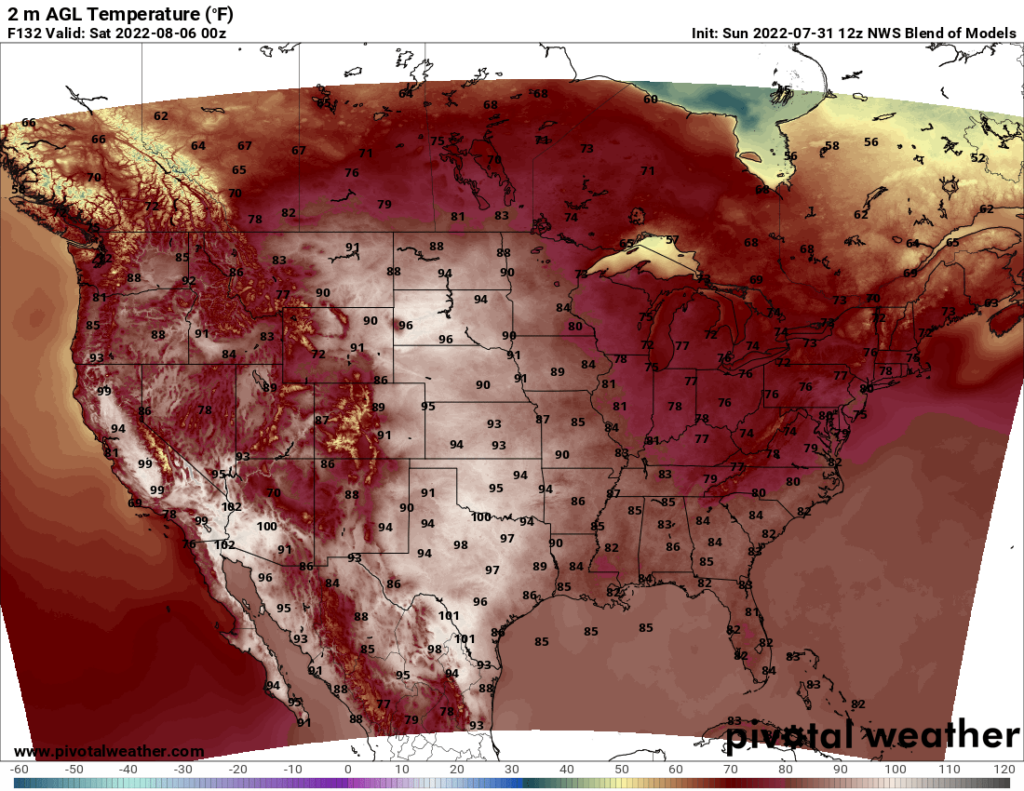 The temperature trend here in OKC will be to heat things up a few degrees then level off for the remainder of the week. As far as any additional rainfall is concerned, right now a few showers scattered across SE quadrant of the state Monday morning (OKC might get a taste), otherwise there’s not much happening. Can’t rule out some rogue stray shower or storm at some point during the week just about anywhere, but we’re going to have to wait a bit for a better signal to show up. -AT 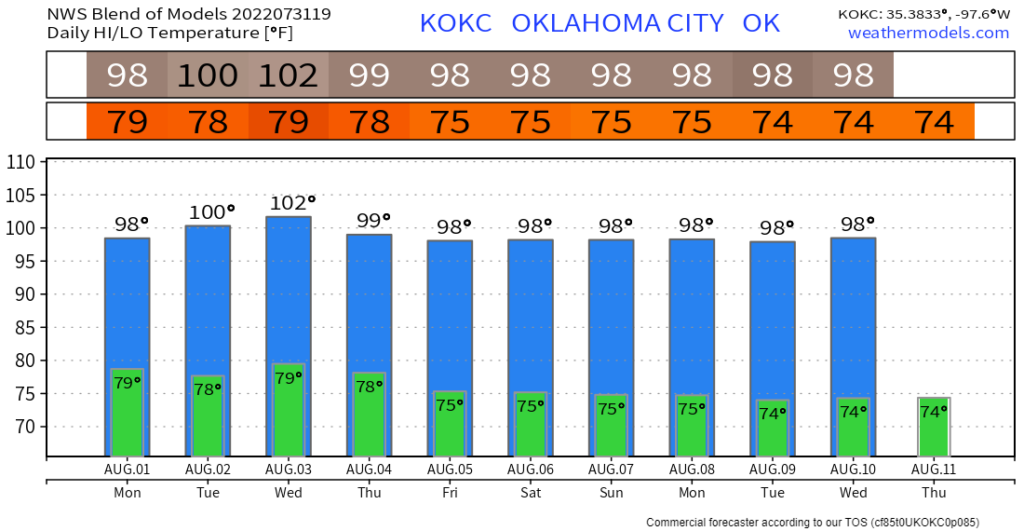 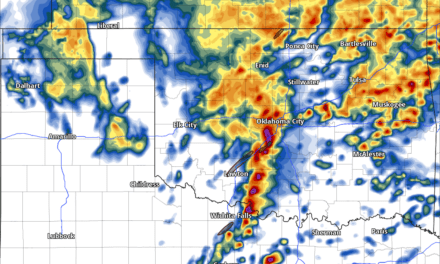 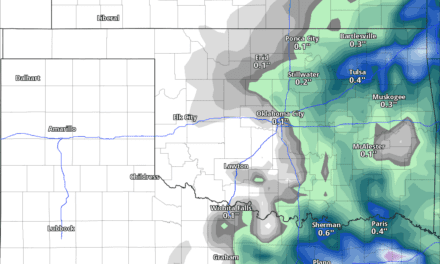 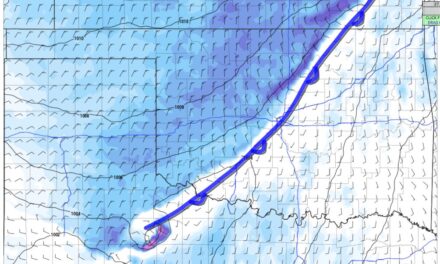 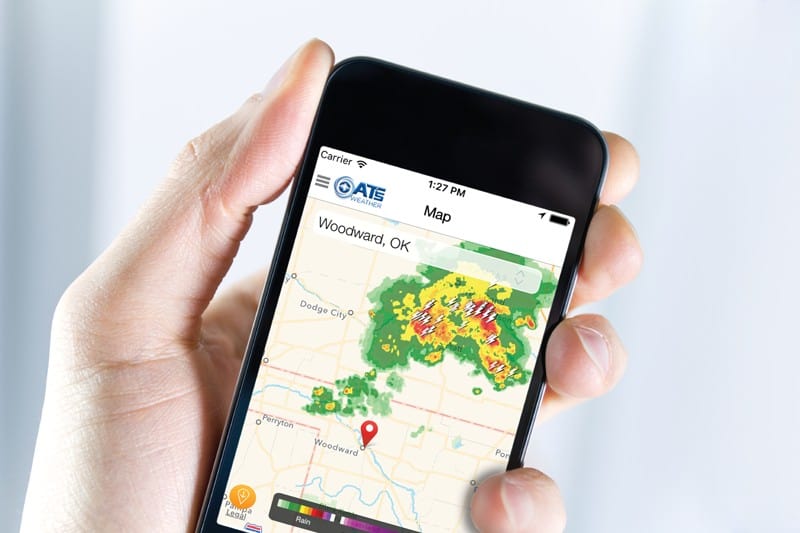 Somewhere over the rainbow…