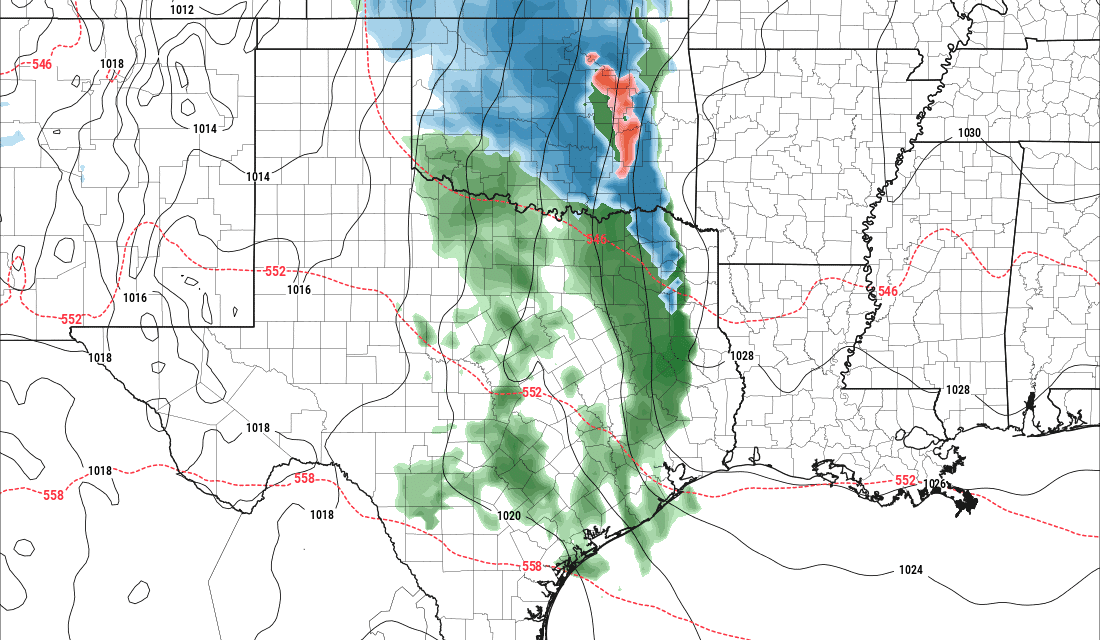 Here we go again! Snow is back in the forecast!!!

Last week I mentioned a rain/snow mix would move through the state late Tuesday and as we are within the 48 hours of the approaching storm, things still look to be on track. The storm system will arrive Tuesday night and linger into Wednesday. A mixture of rain and snow will fall across the state.

I’m siding with the short-term hi-res NAM model for the temperature profile for this event as I believe it has a better handle on the depth of the cold air in place. HOWEVER, I want you to see just how close we are on the border line of the rain/snow mix for OKC. The dashed blue line is the 0 deg C (freezing line 32 F). As long as the two lines, red and green for temp and dewpoint stay to the left of that line, meaning below freezing, we get snow. Once they cross over it becomes rain. So once again a close call for a winter event here in Oklahoma. Ugh. Why can’t these just be easy calls…

The SREF ensemble members suggests snow and at various amounts from a trace to as much as 4 inches in Oklahoma City. This is a good sign for snow lovers.

Other models take a stab at amounts. It’s still early, so expect updates to these Monday and on Tuesday before the event starts.

If I had to pick a model with the most likely outcome, the last one (NAM), would be my choice at this time. However, I caution you as always that snowfall forecasts by the models are horrid up until the event, so expect these to change. That’s not even including where the model is off on the thermodynamic sounding profile, where a degree or two can change everything. I’ll update with new data as it comes in. -AT 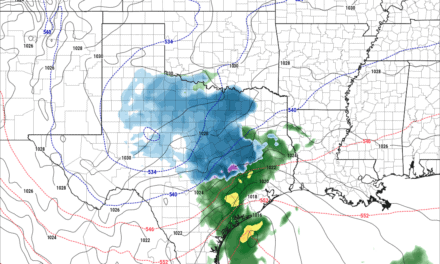 Huge Snow Storm for TX and More in Oklahoma 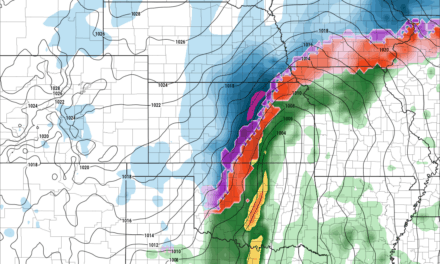 A Quick Note About Other Forecasts